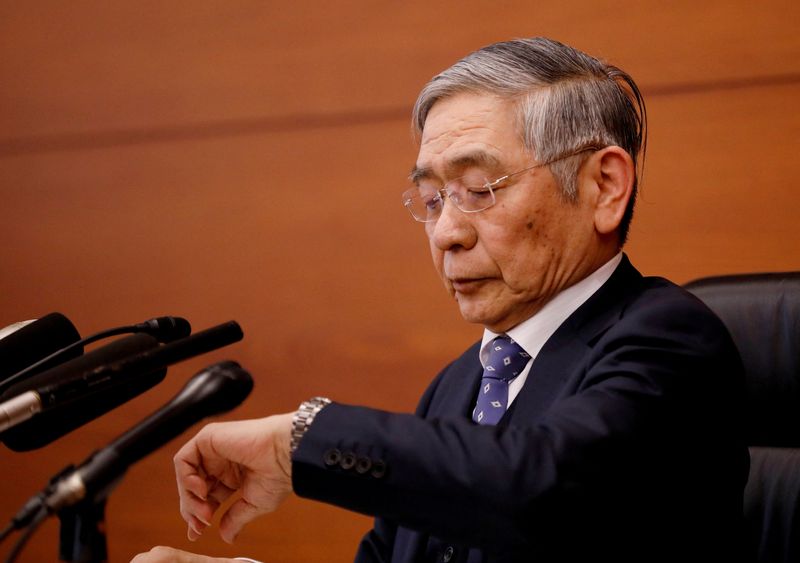 TOKYO (Reuters) - Bank of Japan (BOJ) Governor Haruhiko Kuroda will travel to Davos and attend a panel at the annual World Economic Forum meeting on Friday, the central bank said on Monday.

Kuroda will depart on Wednesday, when the BOJ concludes its two-day policy meeting that begins on Tuesday, and return to Japan on Sunday, the BOJ said in a statement.

He will attend an hour-long session discussing the global economic outlook at 11 a.m. Friday local time, it said.

Markets are rife with speculation the BOJ could tweak its yield curve control (YCC) policy at this week's policy meeting, as rising inflation and prospects of higher wages put upward pressure on long-term interest rates.