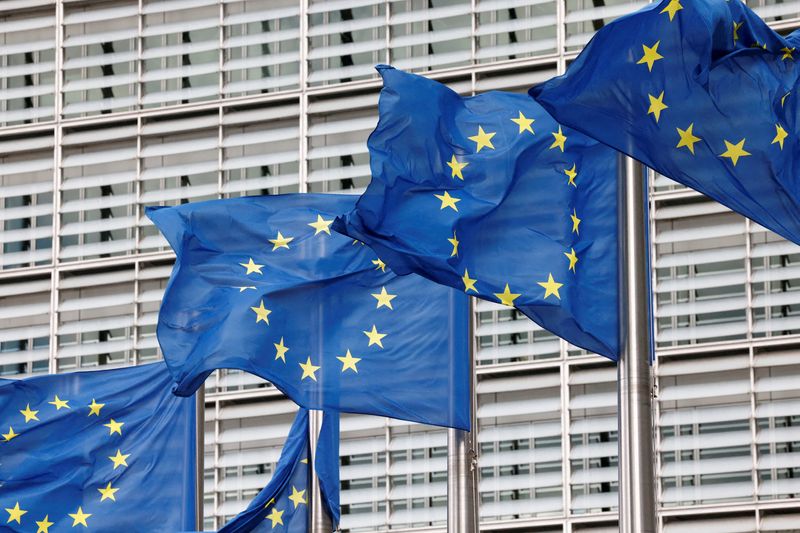 BRUSSELS (Reuters) - France wants the European Union to adopt a "Made in Europe" industrial strategy in response to the U.S. scheme of subsidies for green investment, to keep industrial firms from leaving Europe and reduce members' dependence on outside suppliers.

EU leaders are to discuss such industrial policy for the 27-nation bloc at a summit on Feb. 9-10 in Brussels, worried that Washington's $369 billion Inflation Reduction Act subsidising products from batteries to electric cars, solar panels and wind turbines, will draw companies away from the EU.

"The implementation of an ambitious and robust European industrial policy is therefore essential today. The French authorities propose that it take the form of a 'Made in Europe' strategy," France said in a paper seen by Reuters.

EU leaders agreed last March, just after the Russian invasion of Ukraine which sent energy prices soaring, that Europe must cut its dependence on outside suppliers of energy, critical raw materials, semiconductors, drugs and food.

The French paper called for urgent measures in particular to retain Europe companies involved in solar panels, batteries, hydrogen and critical raw materials, noting the "Made in Europe" strategy should be based on four pillars.

The first would be EU targets for cutting a dependence on outside suppliers and setting production goals by 2030 in key sectors which would be regulated by EU laws, like the bloc did for semiconductors with the Chips Act.

The EU would also have to simplify and speed up the granting of permits for the installation of new production sites and overhaul its energy market to ensure European industries have access to affordable power, the paper said.

The second would be urgently changing EU rules on assistance governments can provide to companies so that emergency state aid for firms, already allowed under the COVID-19 pandemic, could continue for targeted sectors on a temporary basis.

The state aid could come as subsidies or tax credits, the paper said, to provide clarity to businesses as they make investment decisions now.

The third pillar should be EU funding for sensitive sectors, which would help equalise the uneven fiscal power for supporting industries among EU countries. This could take the form of a fund that uses joint, and therefore cheap EU borrowing, which would then be passed on as cheap loans to individual countries.

Paris also proposed creating an "emergency fund" that would repurpose money the EU has already agreed to raise for other goals, to help the EU invest in strategic projects for European industry on top of national state aid.

Finally, the EU should set up by the end of 2023 a new "sovereignty fund", which would take over from the emergency fund to target sensitive sectors.

The last pillar of the strategy would be a fully mobilized trade policy, including recent trade defence instruments, the paper said.

The French paper said such measures, if announced by EU leaders at their summit on Feb 9-10, would reassure businesses of the EU's determination to strengthen the economic attractiveness of the EU and prevent firms from moving outside Europe, which is a real risk now.