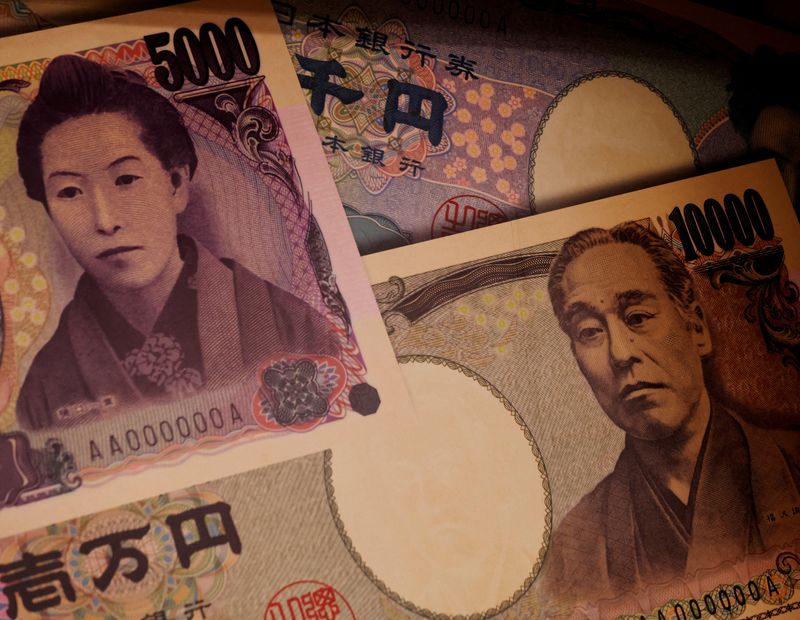 TOKYO (Reuters) - The Bank of Japan (BOJ) is under pressure to change its interest rate policy as soon as Wednesday, after the central bank's attempt to buy itself breathing room backfired, emboldening bond investors to test its resolve.

Unlike other central banks that have been aggressively raising rates to battle inflation, the BOJ continues its decades-long attempt to stoke price rises in the world's third-biggest economy, even as inflation has exceeded the bank's target.

With investors pushing up Japanese government bond yields, testing the BOJ's policy of yield curve control (YCC), the central bank last month shocked markets by raising its cap on the 10-year yield to 0.5% from 0.25%, doubling the band it would permit above or below its target of zero.

Policymakers had hoped December's sudden tweak would extend the lifespan of the BOJ's attempt to control interest rates along the curve, until they could gauge whether recent wage rises would take hold nationwide and Governor Haruhiko Kuroda's successor takes over in April.

The BOJ, they hoped, could then strategise an orderly unwinding of YCC under a new leader, pulling the trigger only when wages were rising enough to keep inflation sustainably around the bank's 2% target, according to five sources familiar with the bank's thinking.

Instead, the BOJ's tweak opened a flood of expectations that a major change was imminent. Less than a month later, bond sellers broke the 0.5% yield cap on Friday, forcing the BOJ into emergency bond-buying to bring the rate back down.

In a sign of its resolve to defend the yield cap, the BOJ on Monday announced plans to conduct additional, emergency bond-buying.

BOJ IN A BIND

"Wages are still low in Japan. Policy normalisation is hardly a done deal," one source said at the start of the year, a view echoed by two others.

Policymakers' thinking just before the two-day meeting from Tuesday was not clear, as they have entered a blackout period on discussing policy.

But it is clear the BOJ's plan is falling apart.

To be sure, with global commodity prices falling, private analysts agree with Kuroda that inflation will slow back toward the BOJ's target later this year. But markets likely will not buy Kuroda's assurances that rates will remain low, after he blindsided them with the December decision, analysts say.

Investors are pricing in a change this week, with bets on the BOJ raising the top of the 10-year target band to 0.75%, raising the centrepoint of the band from zero or ditching the target altogether.

The BOJ is in a bind. Further cosmetic tweaks could simply ignite market expectations of a near-term rate hike. But raising the yield targets would run counter to its narrative that stronger wage growth must accompany rising inflation before it can overhaul or phase out YCC.

Much will depend this week on whether the board sees the market distortions as serious enough to warrant additional action, the sources said.

"If yield curve distortions aren't fixed, the BOJ must consider what more it can do," a second source said before Friday's market rout, a view echoed by another source.

The board was already seen debating whether to keep its policy of applying a negative 0.1% rate to a small pool of excess reserves parked with the BOJ, targeting the 10-year yield around zero, and maintaining the target yield band it widened on Dec. 20.

LESSONS FROM DOWN UNDER

An uncomfortable parallel for the BOJ is the Reserve Bank of Australia (RBA), which underestimated inflation risks and then abruptly ditched its three-year yield target in November 2021, an episode it conceded was "disorderly."

"Things are looking similar to when the RBA was forced to abandon its three-year target," said Muguruma at Mitsubishi UFJ Morgan Stanley.

Kuroda said in July the BOJ would not be in the RBA's position as the Japanese bank targets the 10-year yield, which is less affected by changes in market perceptions of future rate moves than three-year notes.

But market expectations of an early rate hike have boosted Japanese yields broadly, with the eight-year around 0.6% and the nine-year 0.7%, above the 10-year target.

"Widening the band again won't fix distortions in the yield curve. It's better to remove the 10-year yield target, but overhauling YCC would raise questions of accountability."

Even if the BOJ weathers the storm this week, it will remain under market pressure. Data on Friday will likely show Japan's core consumer prices rose 4.0% in December, double the BOJ's target and a fresh 41-year high, a Reuters poll showed.

After Wednesday, Kuroda chairs one more meeting on March 9 and 10, before his term ends on April 8.

"The BOJ is paying the price for yielding to market pressure in December," a third source said. "If markets continue to ask more from the BOJ, YCC may not last that long."