Yosemite Wildfire Burns Out of Control, Forcing Thousands to Flee 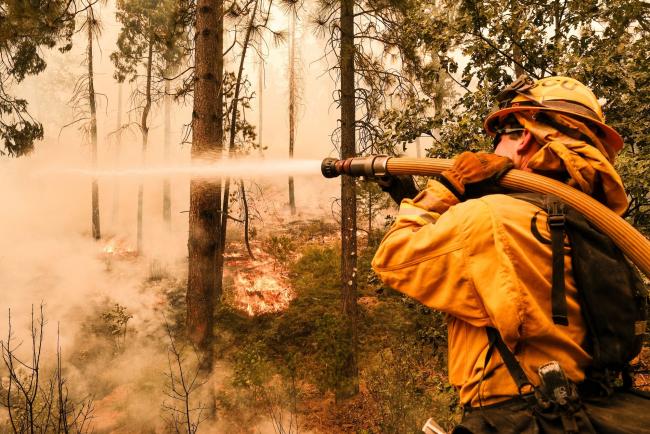 © Bloomberg. A firefighter works to control a backfire operation conducted to slow the advancement on a hillside during the Oak Fire in Mariposa County, California, US, on Sunday, July 24, 2022. A fast-moving wildfire near Yosemite National Park exploded in size Saturday into one of California's largest wildfires of the year, prompting evacuation orders for thousands of people and shutting off power to more than 2,000 homes and businesses.

(Bloomberg) -- The wildfire raging out of control in the shadow of Yosemite National Park has now charred more than 15,000 acres, forcing thousands of people to flee their homes.

Dubbed the “Oak Fire,” the blaze began Friday and has closed parts of Highway 140 in Mariposa County, about 170 miles (274 kilometers) east of San Francisco. It has also forced the evacuation of residents in nearby areas, according to the California Department of Forestry and Fire Protection, commonly called Cal Fire.

As of 9:17 p.m. local time Sunday, the fire was uncontained and had consumed 15,603 acres near the park. It threatened 3,271 structures. At least 10 buildings have been destroyed and five more damaged. So far this year, 4,409 fires have scorched 35,125 acres across California, which is well below the five-year average of 346,325 acres.

Meanwhile, just a few miles to the east, fire fighters are still battling the Washburn Fire, which started on July 7. That blaze has charred 4,866 acres and is now 87% contained, according to InciWeb, a US fire tracking website.