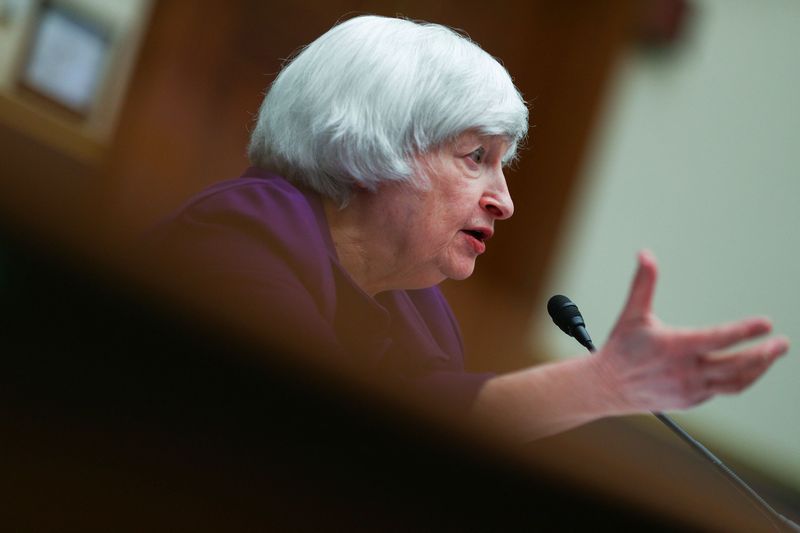 Yellen convened Group of Seven finance and development ministers and presidents of multilateral development banks on Tuesday for talks on boosting infrastructure investment in low- and middle-income countries, the Treasury Department said in a statement.

"Secretary Yellen closed the event with a call to action for the MDB leaders - with support from their shareholders - to implement bold and innovative approaches to step up quality infrastructure, including actionable plans to mobilize new private capital within six months," it said.

The G7's "Build Back Better World" (B3W) initiative aims to mobilize public and private-sector investment in climate, health, digital technology and gender equity, in what could be a counterweight to the Belt and Road Initiative (BRI) launched by Chinese President Xi Jinping in 2013.

“We know that infrastructure investment - when done right- drives sustained and sustainable growth ... and is essential to deliver basic services to people, to keep trade flowing, and to create jobs,” Yellen told the meeting.

Canadian Deputy Prime Minister and Finance Minister Chrystia Freeland told participants the initiative could play a key role in boosting physical and social infrastructure investments in the countries that need it most, while assuring gender equality.

World Bank President David Malpass shared details of the bank's new climate-related diagnostic tools and said they would encourage investment in climate-smart infrastructure, including for adaptation and reduction of greenhouse gas emissions.

Malpass, who has been sharply critical of nondisclosure agreements required by Chinese lenders, also repeated his calls for greater transparency about debt and lending as developing countries expanded their infrastructure.

Yellen said she looked forward to seeing new private capital mobilization targets from the multilateral development banks, and their ideas on how to expand funding for infrastructure initiatives.