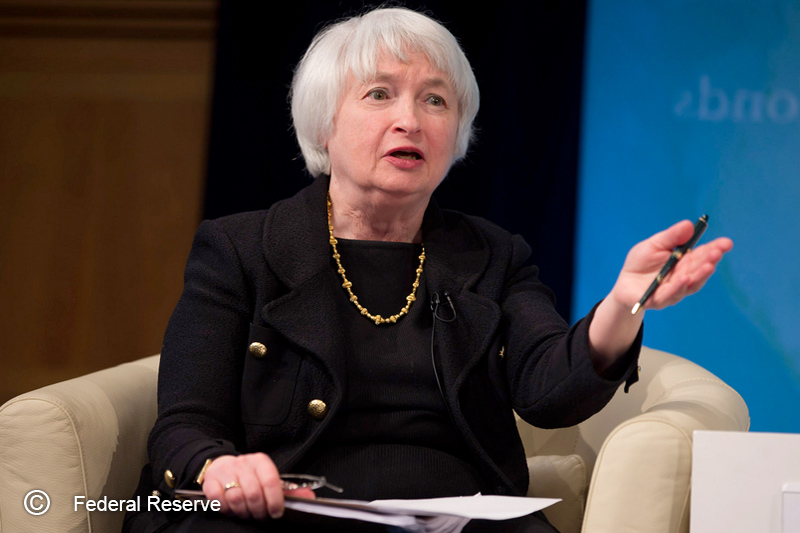 (Bloomberg) -- U.S. Treasury Secretary Janet Yellen said she expects solid growth in the coming year, with a possible “soft landing” for the economy as the Federal Reserve moves to bring down inflation.

“I do believe we’re going to see solid growth in the coming year,” Yellen said in an interview at a Wall Street Journal event on Wednesday. “The Fed will need to be skillful and also lucky but I believe it’s a combination that is possible.”

A number of economists have predicted a recession in 2023 as the Fed ramps up interest rates -- including with a half-percentage-point hike anticipated later on Wednesday. But Yellen said that “a soft landing is possible.”

The Treasury chief said that while consumer prices have surged, medium-term expectations for inflation haven’t been so affected. That means this is a different type of inflation than that faced by former Fed Chair Paul Volcker, Yellen said. Volcker tightened monetary policy so aggressively in the early 1980s that it caused a sharp recession.

Yellen separately warned that the U.S. will likely take more “actions” against Russia if it keeps up its invasion of Ukraine, and continues to consult with European allies on that front. She said that there’s evidence the current sanctions are working to undermine the Russian economy, but there are further steps that the U.S. can take.

(Updates with comments on Russia sanctions in last paragraph.)