Yellen says concerned about housing prices but inflation to calm 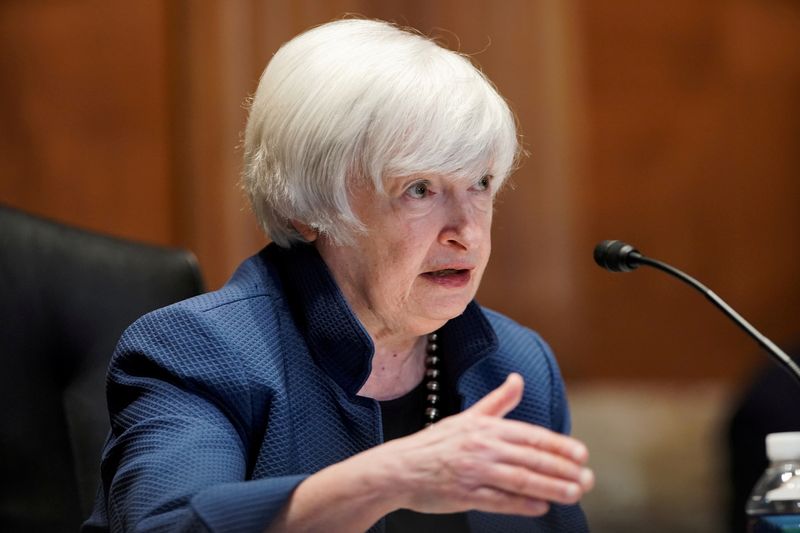 Yellen, in an interview with CNBC, said she also was not certain whether Amazon.com (NASDAQ:AMZN) would meet the profitability threshold for inclusion in a new global reallocation of taxing rights agreed by 132 countries.

The OECD "Pillar 1" tax deal allows countries where large, highly profitable multinationals sell goods and services to tax a portion of their profits. The arrangement would replace national digital services taxes on companies such as Amazon, Google (NASDAQ:GOOGL) and Facebook (NASDAQ:FB).

Yellen said the run-up in U.S. housing prices amid low interest rates and strong demand did not carry the same risks associated with the housing crash of 2008 as lending was being done to creditworthy borrowers.

"It's a very different phenomenon but I do worry about affordability and the pressures, higher housing prices will create for families that are first time homebuyers," Yellen said.

She added that Congress will be considering plans by the Biden administration to boost the supply of affordable housing.

Regarding elevated inflation data, she said she views it as transitory.

"I think we will have several more months of rapid inflation so I'm not saying that this is a one-month phenomenon. But I think over the medium term, we'll see inflation decline back to a normal level. But of course we have to keep a careful eye on it."