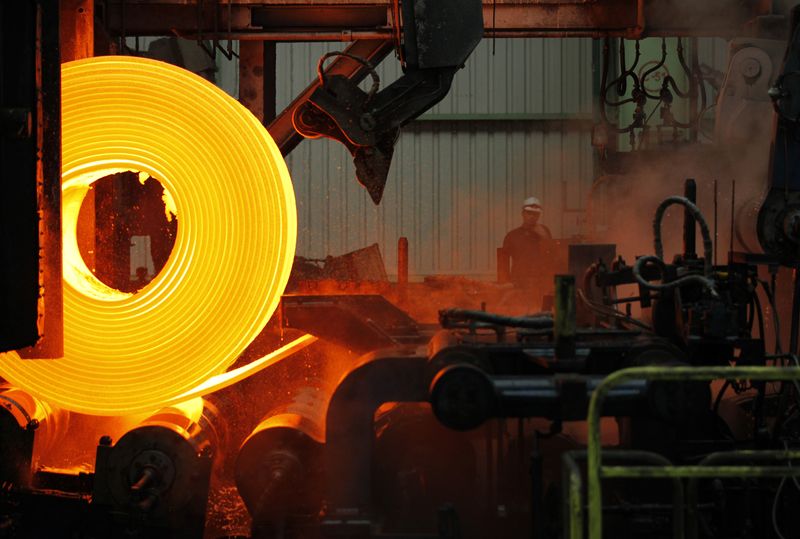 GENEVA (Reuters) -The World Trade Organization (WTO) accepted some of Turkey's complaints against European Union measures designed to curb imports of steel and advised the bloc on Friday to bring them into line with global trading rules.

The EU introduced "safeguard" measures in July 2018 in the form of tariff-rate quotas. They allow various grades of steel to come into the bloc free of tariffs up to certain quotas, but any further imports face 25% tariffs.

The safeguards were due to last three years up to the end of June 2021 with quota limits increasing 5% each year, but Turkey complained that the increases were less than 5% each year. The measures have also been extended until 2024.

The European Commission, which oversees EU trade policy, said the verdict was satisfactory overall as the most important issues were resolved in its favour and the WTO panel had confirmed safeguards could be used to protect domestic industry.

The Commission acknowledged that the panel had found in favour of Turkey on three points and said it would implement the ruling after its official adoption by the WTO.

The Turkish government was not immediately available for comment during a holiday in the country.

The EU had said the safeguards were needed to stave off a flood of imports after metal tariffs imposed by former U.S. President Donald Trump effectively closed the U.S. market.

Under Joe Biden, the United States has suspended tariffs for some exporting nations, including the 27 European Union members.

Turkey, which is a major steel exporter to the EU, complained that the EU's measures breached the bloc's commitments to the WTO.

Under WTO rules, members are allowed to impose safeguards under specific conditions, including that imports have risen to the point where they are damaging domestic industry and that this should be the result of "unforeseen developments".

The three-person WTO panel accepted Turkey's view that the European Commission had failed to show that steel imports rose because of unforeseen developments and that the EU industry was threatened with serious injury.

The panel rejected or declined to consider other Turkish claims.