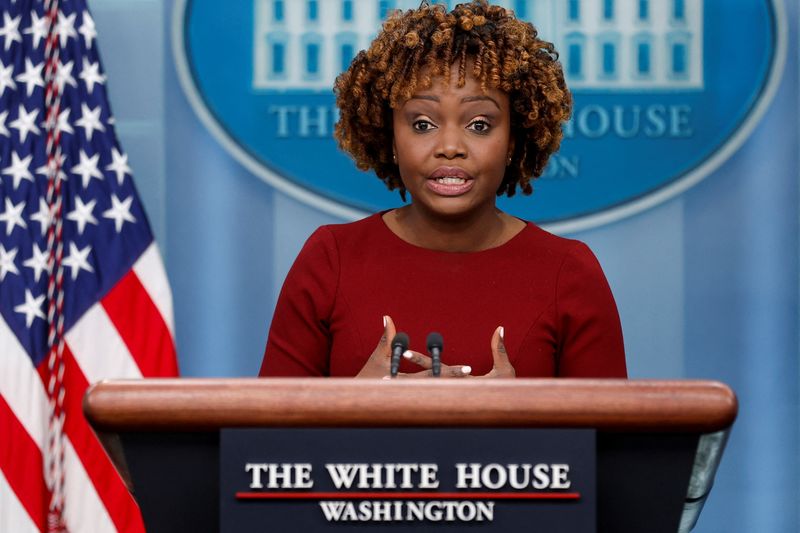 WASHINGTON (Reuters) - The White House on Sunday said it wasn't planning to circumvent Congress in order to raise the U.S. debt ceiling, a regular flashpoint in times of divided government.

White House press secretary Karine Jean-Pierre told reporters that "we're not considering any measures that would go around Congress," calling on lawmakers to raise the limit without preconditions.

Republicans, who recently took over control of the U.S. House of Representatives, have promised a bare-knuckle fight over any move to increase the limit. They say they plan to extract concessions to keep the U.S. government from defaulting.

Jean-Pierre told reporters aboard Air Force One that Democratic President Joe Biden's White House would make no concessions on the debt ceiling.

"Attempts to exploit the debt ceiling as leverage will not work," she said. "There will be no hostage-taking."