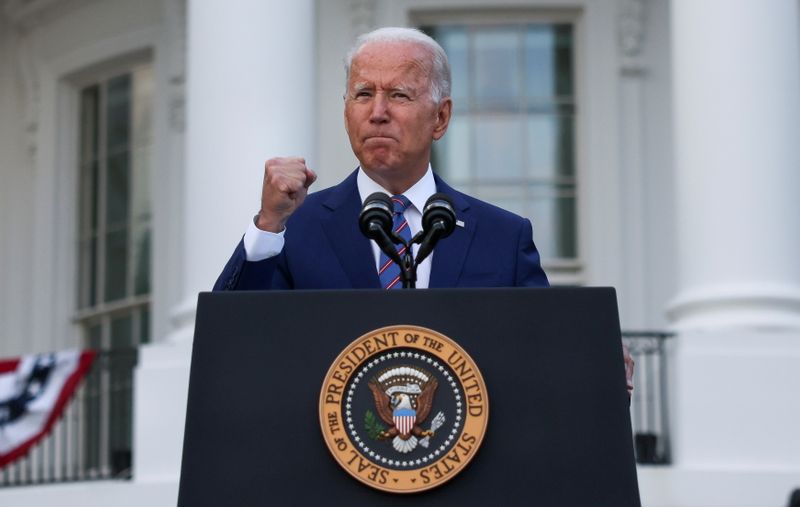 WASHINGTON (Reuters) - The White House on Thursday said it would support efforts to include a pathway to U.S. citizenship in a separate reconciliation bill being pushed by Senate Democrats, saying it was up to lawmakers to hammer out the final package.

Asked if the White House was on board with including the immigration provision, White House spokeswoman Jen Psaki told reporters at a news briefing yes. She added President Joe Biden would do "whatever is needed" to help the budget measure pass Congress.