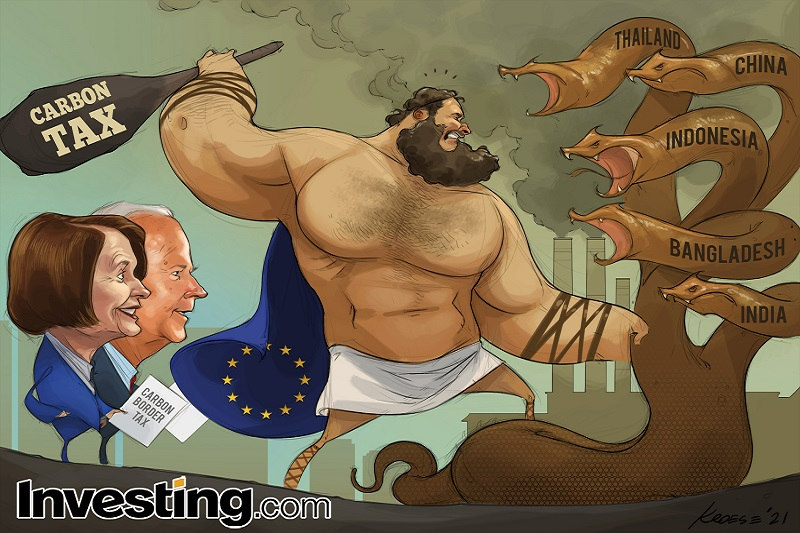 Right on cue, the initiatives came in the same week that devastating high-energy floods hit both Europe and China, reminders of the destruction that the new measures aim to avert.

In the long term, analysts say, the measures may yet deliver what they promise, creating a better set of incentives for energy production and consumption (and broadening a tradable asset class that has delivered handsome returns in the last couple of years).

But in the near term, their impact is likely to be minimal, weakened - if the past is any guide – by lobbying and the subsequent dilution of such regulations. Those hoping to make a quick buck on carbon permit futures will need an exhaustive knowledge of the small print of local regulation as it evolves.

The EU’s ‘Fit for 55’ emissions reduction strategy published last week, is much more wider-reaching, but it is China’s that is more important, given the country's status as the world's largest current polluter.

“Without sufficient reduction by China, the goal of 1.5 degrees is essentially impossible,” U.S. envoy John Kerry said in a speech on Tuesday, referring to the Paris Climate Accord’s key aim of limiting average temperature growth worldwide.

Despite promising to reduce its emissions from 2030 onward and be carbon neutral by 2060, China is still building coal-fired power stations - a living, belching embodiment of the ‘carbon leakage’ phenomenon, by which polluting industrial activity simply moves to countries with laxer regulation.

So it’s good to see the Chinese trading scheme starting with the power sector – over 2,000 power companies that account for some 14% of energy-related emissions worldwide. However, the prices paid for emissions credits on Friday’s debut day in Shanghai – less than $8 a ton – are nowhere near the $50 level that the International Monetary Fund says would be compatible with Paris.

The truth is that the only long-term useful scheme is one that hurts, and President Xi Jinping’s record in this context is not encouraging: repeatedly, he has watered down or retreated from ambitious structural reforms once their short-term economic cost has become evident. Key polluters such as the petrochemicals industry have three years to lobby the government before they pay a penny for their emissions, and there is no direct reference in the ETS plans to an actual reduction in emissions over time. The risk of backsliding is all too clear.

However, in this case, China may have no alternative. The EU’s plan for a Carbon Border Adjustment Mechanism will make it easier to punish producers who pay a lower price for their emissions. U.S. Senate Democrats – on the lookout for ways to dress up Donald Trump’s import tariffs in greener clothes – are now also reportedly working on a similar mechanism. There is no future for much Chinese industry without access to both those markets, so some kind of demonstrable progress will have to be made.

There are obvious risks of the EU and U.S. schemes being used for protectionist purposes, but the World Trade Organization’s rules can at least mitigate them, by making sure that the West doesn’t cut more slack to other polluters who they see as less of a geopolitical threat, such as India or Brazil.

In the end, though, policing climate change policies internationally may be less of a challenge than securing acceptance for them domestically.

The EU’s ETS, argue Claus Vistesen and Melanie Debono of Pantheon Macroeconomics, amounts to “a large, and sustained, tax increase on energy consumption over the next 20-to-30 years,” which is likely to be fall more on the poor than on the wealthy, in the absence of other measures. The argument would hold just as true for analogous U.S. or Chinese measures.

In France, Emmanuel Macron’s eco-taxes created the ‘yellow vest’ movement. In the U.S., the energy transition lends itself only too easily to manipulation by extremists of both left and right, as the winter storms in Texas showed.  The politics of energy taxation in China will hardly play out any more amicably, for all the Communist Party’s efforts to keep a lid on protest.

Indeed, the difficulties of implementing such policies could make you think that the only thing capable of keeping all three committed to their Paris obligations will be ever more frequent and ever more extreme weather events.

On that score, at least, there seems little risk of disappointment.