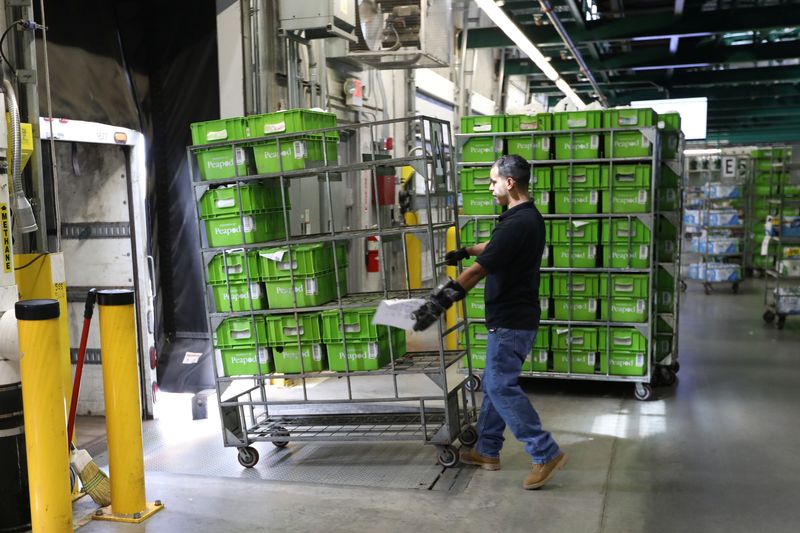 The Commerce Department said on Tuesday that wholesale inventories rose 1.0% as previously reported last month. Stocks at wholesalers increased 0.6% in October. Economists polled by Reuters had expected that inventories would be unrevised.

Inventories are a key part of gross domestic product. Wholesale inventories accelerated 20.9% in November on a year-on-year basis. Still, the pace of inventory accumulation has decelerated considerably from the robust pace in late 2021 and early 2022 in part because of improved supply chains and ebbing demand for goods as the Federal Reserve aggressively raises interest rates to combat inflation.

The U.S. central bank last year hiked its policy rate by 425 basis points from near zero to a 4.25%-4.50% range, the highest since late 2007. Last month, the Fed projected at least an additional 75 basis points of increases in borrowing costs by the end of 2023.

There were increases in furniture, computer and professional equipment stocks as well as electrical equipment, metals, hardware and machinery. But motor vehicle inventories were unchanged after rising 0.5% in October.

Wholesale inventories, excluding autos, increased 1.0% in November. This component goes into the calculation of GDP. November's increase in this component suggests inventories could contribute to GDP in the fourth quarter after being a drag for two straight quarters.

Growth estimates for the fourth quarter are as high as a 3.8% annualized rate. The economy grew at a 3.2% pace in the third quarter after contracting in the first half of 2022.

Sales at wholesalers fell 0.6% in November after being unchanged in October. Long-lasting manufactured goods accounted for the decline, with nondurable goods sales rising moderately. Long-lasting goods tend to be bought on credit.

At November's sales pace it would take wholesalers 1.35 months to clear shelves, the longest since June 2020 and up from 1.32 months in October. Rising stocks of unsold goods are forcing some retailers to offer big discounts, which over time will help to lower inflation.