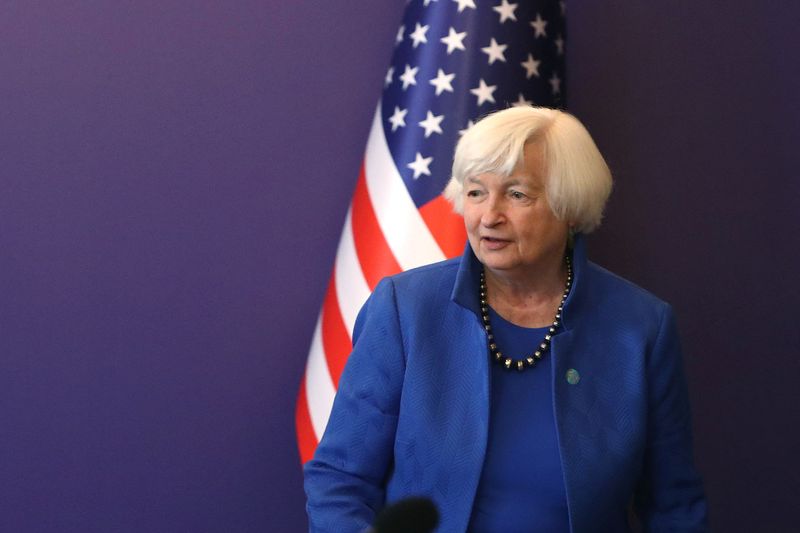 WASHINGTON (Reuters) - U.S. Treasury Secretary Janet Yellen on Wednesday said she welcomed a decision to suspend Ukraine's debt service obligations by a group of six creditor countries, including the United States, and urged other official and private creditors to join the effort.

"I reiterate the call to all other bilateral official and private creditors to join this initiative and assist Ukraine as it defends itself from Russia’s unprovoked and brutal war, which has had a devastating impact on Ukraine’s people and economy, with spillover effects throughout the world," Yellen said in a statement.