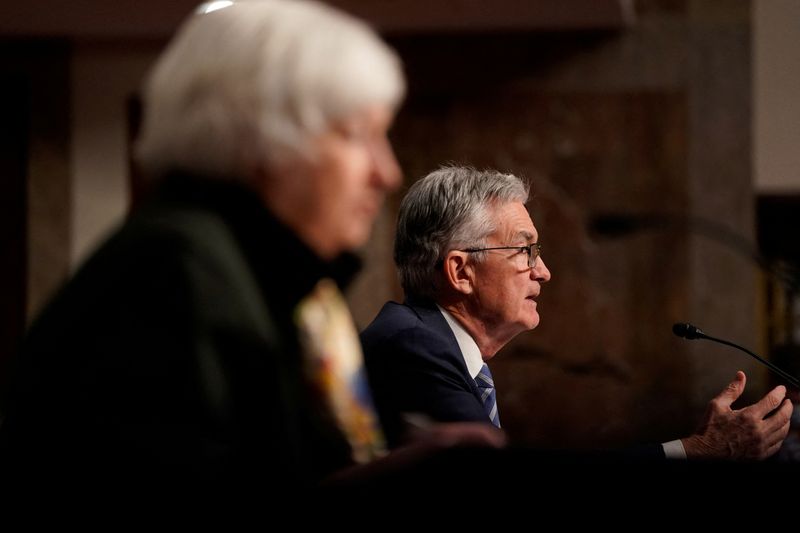 (Reuters) - U.S. Treasuries are facing a perfect storm that could send benchmark yields to their highest level in almost two years, as investors fret over a more hawkish Federal Reserve, surging inflation and a deluge of supply.

Analysts say a definitive break above technical resistance up to around 1.79% would likely signal further gains to the 2% area.

“This talk about letting the balance sheet runoff and envisaging a future where there are no more Fed purchases… people are going to prepare for that now,” said Tom Simons, a money market economist at Jefferies.

The Fed is under pressure hasten the removal of its extraordinary accommodation as surging price pressures prove more stubborn than previously thought. The rapid spread of the Omicron coronavirus variant may also add to supply disruptions, potentially increasing upward pressure on inflation.

A surprisingly strong ADP National Employment Report on Wednesday also suggests that the labor market recovery may justify raising rates. The U.S. government will release its highly-anticipated jobs report for December on Friday.

“It looks like the conditions for Fed rate hikes have pretty much been met with the labor market now pretty robust,” said Kim Rupert, managing director in global fixed income analysis at Action Economics, though she noted that holiday-season could have created data anomalies.

JPMorgan is forecasting a deterioration of $1.1 trillion in global bond supply and demand this year relative to 2021, which could push yields in the Bloomberg Global Aggregate index upwards by 30 basis points.