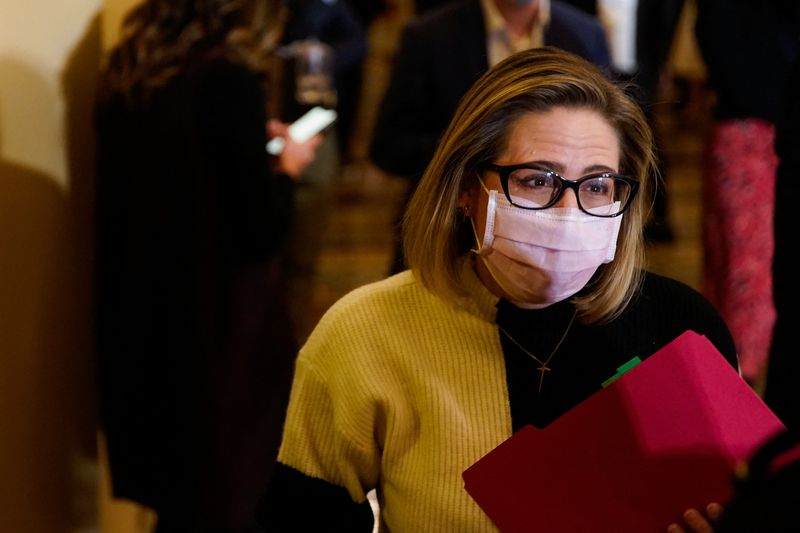 WASHINGTON (Reuters) - Democratic U.S. Senator Kyrsten Sinema on Thursday called the Senate's procedural rule known as a filibuster https://www.reuters.com/legal/government/us-senate-democrats-mull-ending-filibuster-pass-voting-rights-reform-2022-01-11 a necessary tool to ease political divisions, shortly before President Joe Biden was due to ask Democrats to end it to clear the way for a voting-rights bill.

Sinema and fellow centrist Democratic Senator Joe Manchin oppose changing the filibuster, a rule that requires 60 votes in the 100-person chamber to end debate on legislation so it can be voted on. They are likely to block Democrats' chances of passing a major voting-rights bill that all 50 Senate Republicans oppose.

Sinema said that although she supports bills to protect voting rights, "I will not support separate actions that worsen the underlying disease of division in our country."

She called previous changes to the filibuster - including removing the 60 vote threshold for judicial nominees - as "shortsighted actions" by previous Senates and administrations.