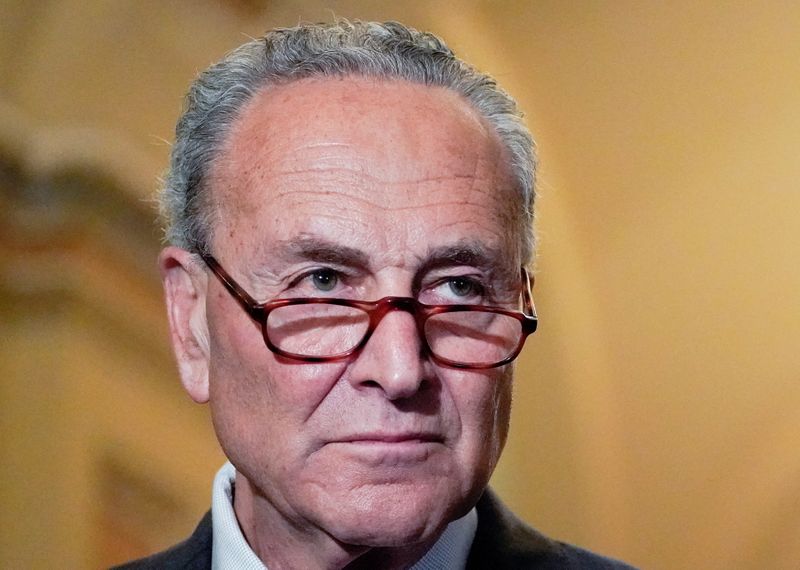 By Susan Cornwell and David Morgan

Majority Leader Chuck Schumer, a Democrat, told the Senate the bipartisan infrastructure bill would face an initial procedural floor vote on Wednesday, in an apparent effort to jump-start the process.

The bill is still not finished. More than 20 legislators from both parties have been working for weeks to reach consensus on details of the measure, which is expected to fund roads, bridges, ports and other "hard" infrastructure. It is backed by Biden, whose fellow Democrats narrowly control the Senate.

"All parties involved in the bipartisan infrastructure bill talks must now finalize their agreement so that the Senate can begin considering that legislation next week," Schumer said.

Sixty votes will be needed to advance the measure, which means at least 10 Republicans have to join all the Democrats in backing the legislation in the Senate, which is divided 50-50 along party lines.

Signs of difficulty emerged on Thursday when the Republican leader of the group, Senator Rob Portman, said he would not vote to advance the measure next week unless the legislation was ready.

Portman said lawmakers were moving as quickly as possible but he would not shortchange the process. "I'm not going to vote yes if we don't have a product ... We’re going to get it right."

Schumer dismissed such concerns. "There is no reason why we can't start voting next Wednesday. That's what we're going to do," he told reporters.

Schumer said he wanted all Senate Democrats to agree by Wednesday to move forward on an additional $3.5 trillion budget blueprint which includes climate measures and beefs up spending on social services.

Senate Republican Leader Mitch McConnell told Fox News that all Republicans would vote "no" on the $3.5 trillion measure.

The blueprint covers large chunks of Biden's economic and social agenda, including spending on child care and education. Democrats want to raise taxes on the wealthy and corporations to pay for it.

Democrats will need the support of all 50 of their senators, plus Vice President Kamala Harris' tie-breaking vote, to pass the $3.5 trillion measure over Republican opposition in the 100-seat Senate, using a maneuver called reconciliation that gets around the chamber's normal 60-vote threshold to advance legislation.

Biden made the case for the $3.5 trillion initiative, as well as the smaller bipartisan infrastructure bill, on Capitol Hill on Wednesday, a day after leading Senate Democrats agreed on the budget blueprint.

But not all Democrats have given their blessing, with some saying they wanted to see details.