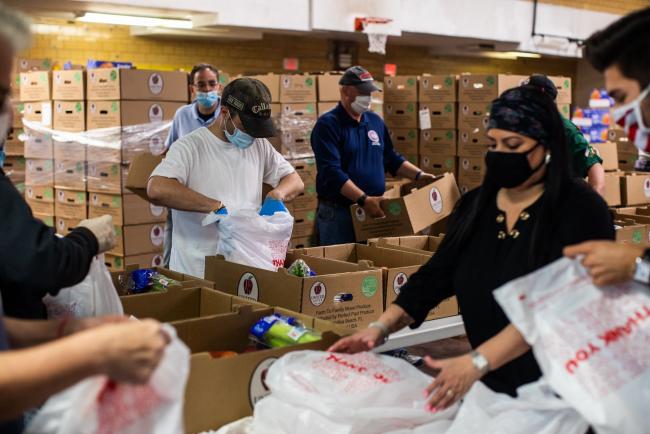 (Bloomberg) -- US household income was little changed in 2021 from a year earlier while the national poverty rate climbed for a second straight year as the economy slowly recovered from the Covid-19 pandemic.

Median, inflation-adjusted household income increased last year to $70,800, according to annual data released Tuesday by the US Census Bureau. The poverty rate climbed to 11.6% from 11.4% in the prior year. It reached the lowest in six decades in 2019.

The data help flesh out the picture of American families’ economic health in the first full year of President Joe Biden’s term after the turbulence of 2020, when the pandemic was declared a national emergency.

In March last year, Biden signed the American Rescue Plan, a $1.8 trillion pandemic-relief package that provided $1,400 checks for millions of people -- at a $410 billion cost -- and extended unemployment benefits for those out of work.