U.S. junk bonds drop to lowest in over two years ahead of Fed meeting 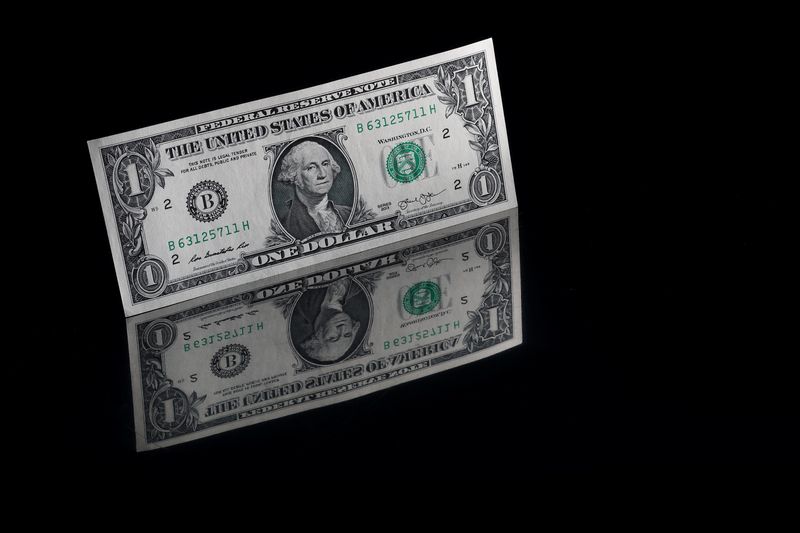 © Reuters. A U.S. one dollar banknote is seen in this illustration taken November 23, 2021. REUTERS/Murad Sezer/Illustration

NEW YORK (Reuters) - The price of a major U.S. junk bond exchange traded fund (ETF) fell to its lowest in over two years this week, as concerns over the impact of a hawkish Federal Reserve on the economy led investors to pull out of riskier assets.

Meanwhile the yield spread on the ICE (NYSE:ICE) BofA U.S. High Yield Index, a commonly used benchmark for the junk bond market, rose to 405 basis points on Monday from 393 bps last week, widening to its highest since March 15, when the spread hit a 15-month peak at 421 bp.

A widening of the spread of junk bond yields over Treasuries is an indication of risk aversion in financial markets.

U.S. credit markets saw some respite in March, but the relief proved to be short-lived as uncertainty around the U.S. central bank's ability to engineer a soft landing for the economy continues to weigh on risk assets.

The Fed is expected to announce a 50-basis point rate hike this week as well as the launch of quantitative tightening (QT) - the reversal of a bond buying program aimed at supporting the economy during the pandemic.

Concerns over its tightening monetary policies have led to a sell-off in U.S. Treasuries this year which has also weighed on riskier assets such as U.S. corporate bonds.

"Continued Fed hawkishness - both an increasing embrace of 50bp moves and renewed focus on QT - have helped to push real and nominal yields to new highs," Goldman Sachs (NYSE:GS) said in a research note on Tuesday.

"This mix has ultimately led to pressure on equities and credit, exacerbated by worries about risks to growth," it said.

The U.S. benchmark 10-year Treasury yield on Monday hit 3% for the first time since December 2018, and hovered at 3% for a second straight day on Tuesday, a day before the Fed was expected to deliver an aggressive interest-rate hike to contain high inflation.

Spreads - the premium investors demand to hold the riskier debt over risk-free Treasuries - widened also for investment grade corporate credit on Monday, though to a lesser extent.