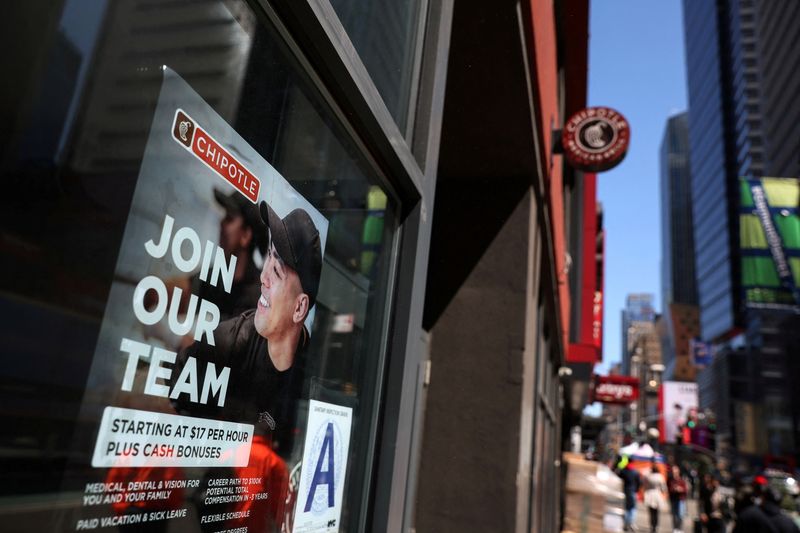 © Reuters. FILE PHOTO: A sign for hire is posted on the window of a Chipotle restaurant in New York City, U.S., April 29, 2022. REUTERS/Shannon Stapleton/File Photo

WASHINGTON (Reuters) - U.S. job openings fell more than expected in June, suggesting that demand for labor was starting to cool, which could ease the pressure on the Federal Reserve to continue aggressively raising interest rates.

Job openings, a measure of labor demand, were down 605,000 to 10.7 million on the last day of June, the Labor Department said in its monthly Job Openings and Labor Turnover Survey, or JOLTS report, on Tuesday.

Economists polled by Reuters had forecast 11.0 million vacancies. The Fed is trying to dampen demand for labor and the overall economy to bring inflation down to its 2% target.

The U.S. central bank last week raised its policy rate by another three-quarters of a percentage point. It has now hiked that rate by 225 basis points since March.

The government reported last week that wages and salaries surged 1.4% in the second quarter after rising 1.2% in the January-March period. They accelerated 5.3% on a year-on-year basis, the largest increase since the current series started in 2001.