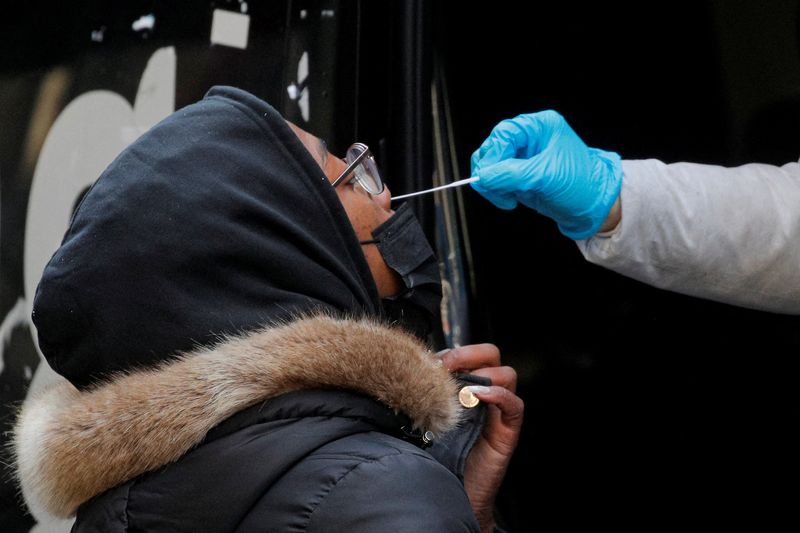 The White House also said on Monday that there is no limit to the number of COVID-19 tests, including at-home tests, that insurers must cover if they are ordered or administered by a health care provider.

The measures are part of a bid by President Joe Biden to make testing more widely available to Americans facing soaring coronavirus cases due to the highly infectious Omicron variant.

In a speech in December, Biden outlined plans to distribute 500 million at-home coronavirus test kits and stand up new federal testing sites, adding to the 20,000 already in existence. However, experts decried the announcement as "too little too late" amid testing shortages nationwide.

White House Press Secretary Jen Psaki said on Monday that Americans should be able to order the tests online later this month, noting that all contracts for 500 million rapid tests should be awarded over the next two weeks. The first two were signed last week, with two more announced on Monday.

Under the insurer coverage plan announced Monday, the administration said that insurers are still required to reimburse tests purchased by consumers outside of their network, at a rate of up to $12 per individual test.

It was not immediately clear what incentives were offered to insurers to agree to the plan. The Department of Health and Human Services did not immediately respond to a request for comment.

On Monday, the Defense Department said it had awarded contracts to Atlantic Trading, LLC, of Austin, Texas, and Medea Inc. of Pleasanton, California, for a combined total of 27 million at-home test kits.

The contract awards bring the total of test kits ordered to over 50 million, a White House official said.