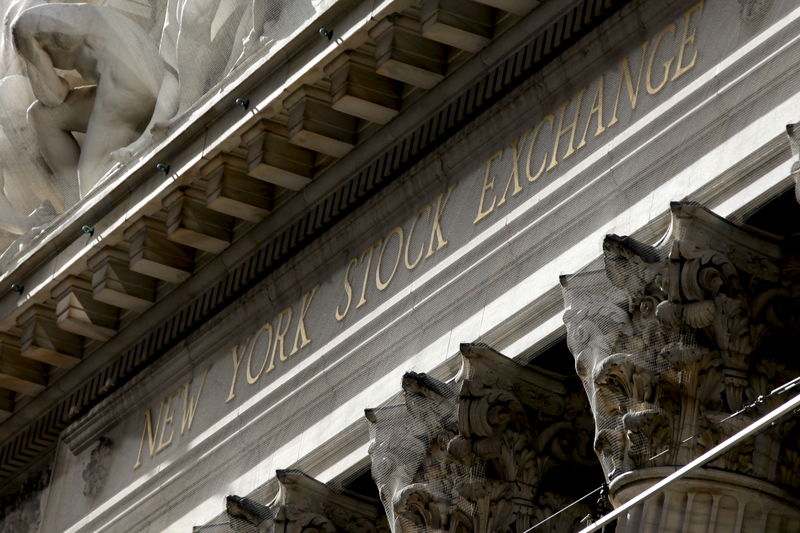 Investing.com -- U.S. first-quarter GDP growth is due, and is expected to show a sharp Covid-driven slowdown. Earnings season continues at fever pitch, with last night's update from Facebook (NASDAQ:FB) owner Meta Platforms ensuring a positive start to the day. Economic bellwether Caterpillar (NYSE:CAT) also reported strong results, but the main event comes later in the day with Apple (NASDAQ:AAPL) and Amazon (NASDAQ:AMZN). The Bank of Japan pushed the yen to a 20-year low as it once again refused to act in the face of rising inflation. Sweden's central bank started a long cycle of rate hikes however. The standoff between Europe and Russia over gas deliveries deepened, as Italy's Eni broke buckled to Kremlin pressure to pay in rubles. Here's what you need to know in financial markets on Thursday, 28th April.

The U.S. is expected to report a sharp slowdown in economic growth in the first quarter, the result of a resurgence of Covid-19 in its new Omicron strain that kept more of the economy locked down for longer than had been expected at the start of the year.

The figures, due at 8:30 AM ET (1230 GMT), are expected to show growth slowing to an annualized rate of 1.1% from 6.9% in the fourth quarter. If the past is any guide, the figures are likely to be revised upward in subsequent readings, as the traditional data collection methods haven’t adapted completely to changes in working practices during the pandemic.

At the same time, the Labor Department will release the week’s jobless claims numbers. There has been little sign of the tightness in the labor market easing in recent weeks, amid widespread evidence that firms are struggling to hire new workers.

The Bank of Japan drove the yen to a 20-year low, doubling down on its efforts to keep long-term government bond yields capped well below the rate of inflation.

The BoJ pledged after its routine policy meeting to continue buying unlimited amounts of 10-year government bonds to defend its implicit 0.25% yield cap, signalling its resolve to focus on supporting a fragile economy. The dollar surged 1.3% to break through the 130 yen level for the first time since April 2002.

That also took the dollar index, which tracks the greenback against a basket of advanced economy currencies, to within half a percent of a 20-year high. The dollar also continues to gain against emerging currencies: it rose 0.8% against the offshore Chinese yuan to an 18-month high.

It wasn’t all one-way traffic though. The Swedish krona rose across the board as the Riksbank raised its repo rate by 0.25% and flagged a series of rises to come over the next two years. The euro remained under pressure after data suggesting that core inflation remained strong in April.

3. Meta set to lift stocks at opening. Apple and Amazon earnings the highlight of a busy day

Facebook owner Meta Platforms (NASDAQ:FB) put the pep back into U.S. stocks with a quarterly report that showed a surprisingly strong increase in users, taken as a sign that its Instagram Reels feature is reasonably capable of competing with the likes of TikTok. Annual revenue growth of 6.6% was still the slowest in its history as a listed company, however. Meta stock was up 16.7% in premarket.

Also performing well in premarket was Qualcomm (NASDAQ:QCOM) stock, up 7.6% after a strong quarterly report for the chipmaker, while Ford Motor (NYSE:F) was up 2.2%.

Apple and Amazon round off the earnings season for Big Tech after the bell, with Apple needing to reassure the market that its iPhone production in China won’t be too badly affected by the spate of Covid-19 lockdowns. For Amazon, the focus will be on whether its Cloud business can defend its lead over Microsoft (NASDAQ:MSFT), and whether its retail business can cope with surging delivery costs.

The earnings storm continues with unabated intensity, with a broad cross-section of companies across the economy reporting.

Caterpillar, widely seen as a bellwether for the economy in general, delivered quarterly earnings some 10% above expectations at $2.88 billion, while pharma giant Merck (NYSE:MRK) upgraded its full-year forecast after a strong start to 2022.

Consumer giants Altria (NYSE:MO) and McDonald’s (NYSE:MCD) will give important outlooks before the bell, while overnight, Unilever (NYSE:UL) and Danish brewer Carlsberg (OTC:CABGY) both warned that input cost inflation is set to get worse before it gets better. Miner Glencore (OTC:GLNCY) rose after cutting its output forecasts for important battery metals copper and cobalt.

The face-off between Europe and Russia over energy deliveries intensified, as the European Commission warned EU companies not to comply with Russian demands to pay for their gas in rubles.

Italian oil and gas giant Eni is reportedly one of around 10 European buyers of Gazprom’s gas that have applied to open ruble accounts at Gazprombank to satisfy Russia’s demand that they pay in Russian currency rather than in euros or dollars. The EU Commission warned that this would breach existing sanctions on Russia.

Benchmark European Natural Gas Futures eased 4.6% to 102.5 euros a megawatt-hour. Analysts have interpreted the spat over gas deliveries as a warning shot to its bigger European customers, Italy and Germany, in what the Kremlin is increasingly styling as an existential war against NATO, rather than a limited operation to ‘liberate’ Russian speakers in eastern Ukraine.