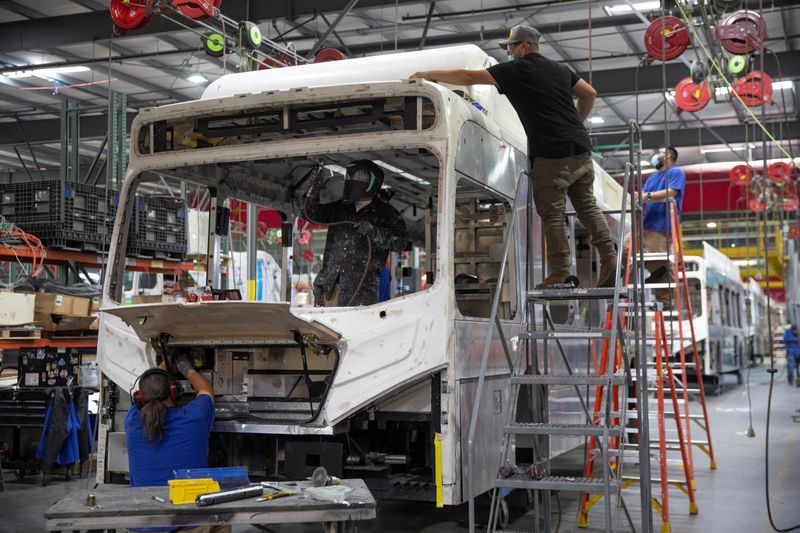 The Commerce Department said on Wednesday that factory orders rose 2.0% in June after advancing 1.8% in May. Economists polled by Reuters had forecast factory orders would increase 1.1%. Orders increased 13.5% on a year-on-year basis.

Manufacturing continues to grow, though its momentum has slowed as higher interest rates cool demand for goods. Spending is also reverting back to services. An Institute for Supply Management survey on Monday showed factory activity growing at a moderate pace in July, with a measure of new orders declining further as manufacturers worried about excess inventory.

The increase in orders occurred nearly across the board in June. Some of the rise reflected higher prices. Orders for computers and electronic products surged 1.7%. Orders for electrical equipment, appliances and components rebounded 2.8%.

There was also a 5.2% jump in orders for transportation equipment, which reflected a surge in orders for defense aircraft and parts. But orders for primary metals fell 1.0%.

Shipments of manufactured goods increased 1.1% after rising 2.1% in May. Inventories at factories climbed 0.4% after increasing 1.3% in the prior month. Unfilled orders increased 0.7% following a 0.3% gain in May.

The Commerce Department also reported that orders for non-defense capital goods, excluding aircraft, which are seen as a measure of business spending plans on equipment, rose 0.7% in June instead of 0.5% as reported last month.

Shipments of these so-called core capital goods, which are used to calculate business equipment spending in the gross domestic product report, advanced 0.7% in June as previously reported.

Business spending on equipment declined in the second quarter, contributing to the second straight quarterly contraction in GDP.