U.S. Clashes With Mexico, Canada on Car Rules in Risk to USMCA 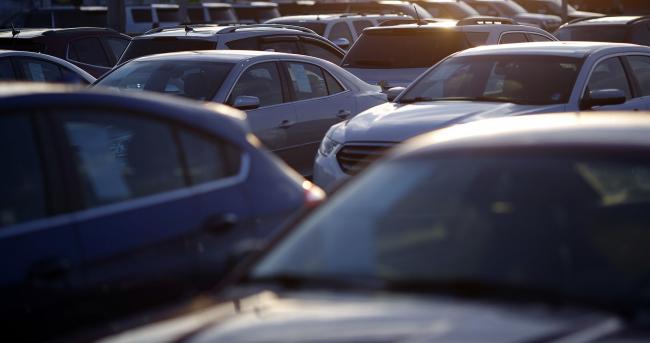 (Bloomberg) -- The U.S. is clashing with Mexico and Canada over rules for cars shipped across regional borders, with automakers and governments telling the Biden administration that it’s imperiling the success of their new trade pact.

The dispute focuses on how to calculate the percentage of a vehicle that comes collectively from the three countries under the U.S.-Mexico-Canada agreement, according to people familiar with the matter, who asked not to be named because conversations are private. The deal took effect last July, replacing the North American Free Trade Agreement, or Nafta, but the new so-called rules of origin are designed to be phased in over several years.

The U.S. insists on a stricter way than Mexico and Canada believe they agreed to for counting the origin of certain core parts including engines, transmissions and steering systems in the overall calculation, the people said. That makes it harder for plants in Mexico and Canada to meet the new threshold of 75% regional content, up from 62.5% under Nafta, in order to trade duty-free, the people said.

Read QuickTake: So Long, Nafta; Hello, USMCA. What You Need to Know

For example, if a core part uses 75% regional content, and thus qualifies under that requirement for duty-free treatment, Mexico and Canada argue that USMCA allows them to round the number up to 100% for the purposes of meeting a second, broader requirement for an entire car’s overall regional content. The U.S., however, doesn’t want to permit rounding up, making it tougher to reach the duty-free threshold for the overall vehicle.

That’s how the issue is summarized in a note written by Mexico’s Automotive Industry Association, known as AMIA, and obtained by Bloomberg News.

USTR spokesman Adam Hodge said in an email that the U.S. “remains committed to the stronger regional value content requirements that the countries agreed to in the USMCA,” without elaborating.

U.S. Trade Representative Katherine Tai, appointed by President Joe Biden, has repeatedly stressed in recent weeks that the administration is pursuing a “worker-centered” trade policy and has sought friendly ties with the nation’s trade unions. Last month she addressed the largest U.S. labor federation in a move that its head heralded as a historic first.

Mexico, together with Canada, is considering filing a formal complaint against the U.S. under the year-old USMCA, which could result in a dispute panel to hear arguments for the nations, the people said.

Mexican Economy Minister Tatiana Clouthier plans to travel to Washington next week and discuss the issue with Tai, the people said.

A quarter century after Nafta went into effect, Trump demanded rules to require more regional content and a minimum hourly wage in car production to incentivize companies to manufacture more in North America and the U.S. Tai, as a lawyer for House Democrats, played a key role in negotiating changes to the USMCA in 2019 to win broad bipartisan support in Congress.

Making the rules too onerous could cause automakers to forgo applying for duty-free treatment and instead pay tariffs that the U.S. charges under World Trade Organization rules, said Flavio Volpe, president of Canada’s Automotive Parts Manufacturers’ Association. It comes after the car industry was already forced to close last year due to Covid-19 and is dealing with a crisis due to a shortage of computer chips for vehicles.

The Biden administration’s interpretation of the rules of origin “does not reconcile with the tri-party consensus of how the new rules would be administered,” Volpe said. “Their interpretation of how to administer them would make it materially more difficult for automakers to get to the agreed upon regional value content minimums.”

Mexico and Canada constantly jockey with China for the status of America’s top trade partners, with more than $1 trillion in goods crossing the borders annually. The two North American neighbors are key to U.S. efforts to convince companies to invest and return manufacturing to the region to be able to compete with China. The Trump administration fought a trade war with the Asian nation, including placing tariffs on imports of more than $300 billion, which Biden has kept in place.