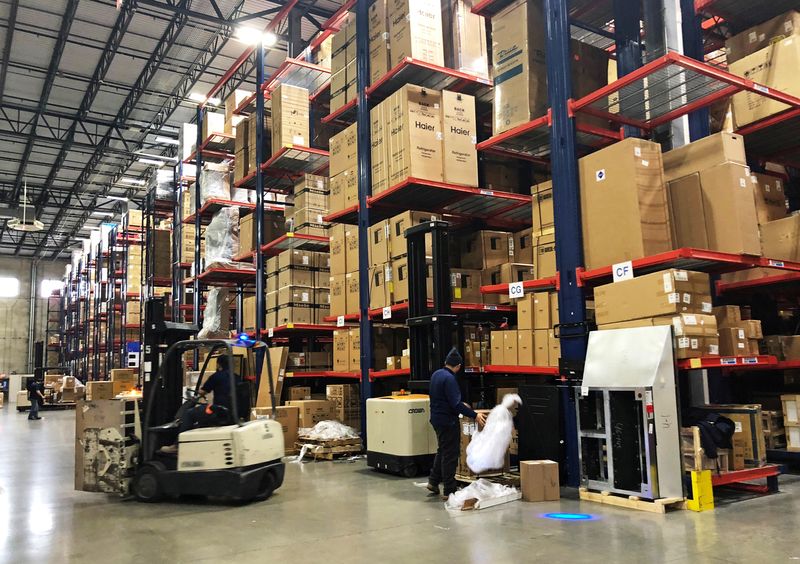 © Reuters. FILE PHOTO: Warehouse workers deal with inventory stacked up to the ceiling at an ABT Electronics Facility in Glenview, Illinois, U.S. December 4, 2018. REUTERS/Richa Naidu

Business inventories rose 1.2% after advancing 2.4% in March, the Commerce Department said. Inventories are a key component of gross domestic product. April's increase was in line with economists' expectations. Inventories advanced 16.6% on a year-on-year basis in April.

Retail inventories excluding autos, which go into the calculation of GDP, advanced 1.7% as estimated last month.

Inventories are being closely watched amid rising fears of a recession next year as the Federal Reserve raises interest rates to cool demand in its battle against high inflation. Major U.S. retailers, including Walmart (NYSE:WMT) and Target (NYSE:TGT), said last month that they were carrying too much merchandise.

Business sales rose 0.4% in April after accelerating 1.6% in March. At April's sales pace, it would take 1.29 months for businesses to clear shelves, up from 1.28 months in March.