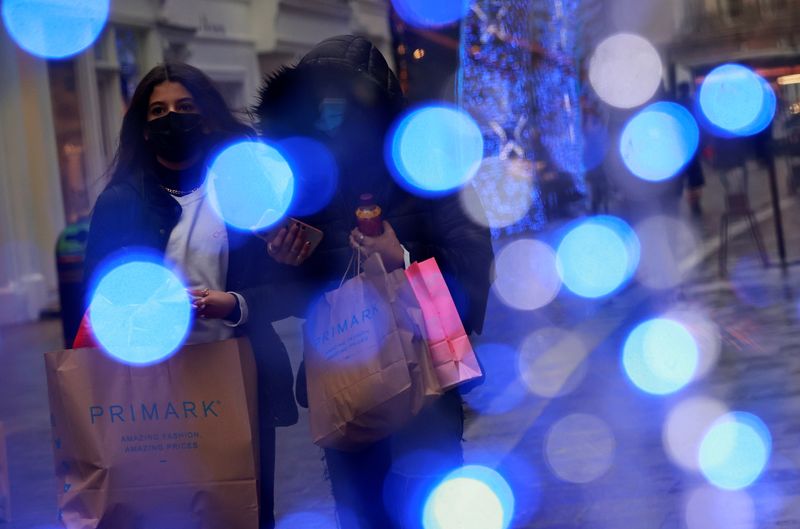 LONDON (Reuters) -British retail sales volumes fell by a smaller-than-expected 0.1% in June from May, the Office for National Statistics said on Friday, but the trend remained weak as households struggle with surging inflation.

Economists polled by Reuters had expected a 0.3% monthly fall in retail sales.

"After taking account of rising prices, retail sales fell slightly in June and although they remain above their pre-pandemic level, the broader trend is one of decline," Heather Bovill, an ONS statistician, said.

A monthly fall in May was estimated to have been more severe than originally thought, showing a drop of 0.8% from April compared with an initially reported decline of 0.5%.

Excluding automotive fuel, which has soared in price and taken a bigger chunk out of household budgets, sales volumes rose by 0.4% on the month, defying the poll forecast for a fall of 0.4%.