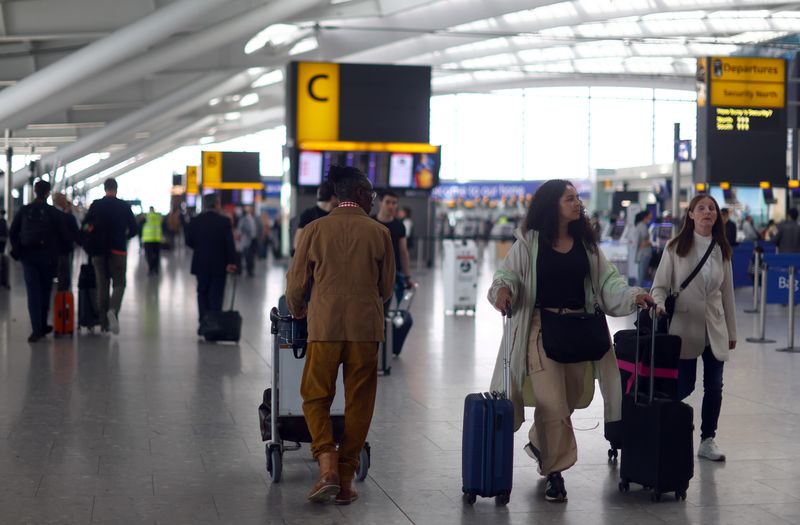 The warning comes at a time of widespread disruption at airports caused by staff shortages, including long queues and cancelled flights, as airlines struggle to keep up with a surge in demand after the COVID-19 pandemic.

"We are concerned that consumers could experience significant harm unless airlines meet their obligations and minimise flight disruptions throughout the summer and beyond," the Competition and Markets Authority (CMA) and the Civil Aviation Authority (CAA) said in a joint open letter to airlines.

The CMA and CAA said some airlines may not be doing everything they can to avoid "harmful practices", such as selling more tickets than they can reasonably expect to supply and failing to provide customers with clear information, including about the risk of cancellations.

They also warned airlines they needed to support customers whose flights are cancelled, by offering alternative routes and providing effective communication, as well as paying refunds promptly.

The two regulators said they were considering evidence and if they found consumers continued to face serious problems, they would consider further action including enforcement.

They did not mention any airlines by name in their letter, but acknowledged some carriers had performed better than others in keeping customers informed beforehand about cancellations.

The government has stepped in to try to help ease disruption at airports. Last month, Britain temporarily relaxed rules around airport slots to allow airlines to devise realistic flight schedules, while this month it launched a so-called aviation charter to help ensure passengers know their rights.