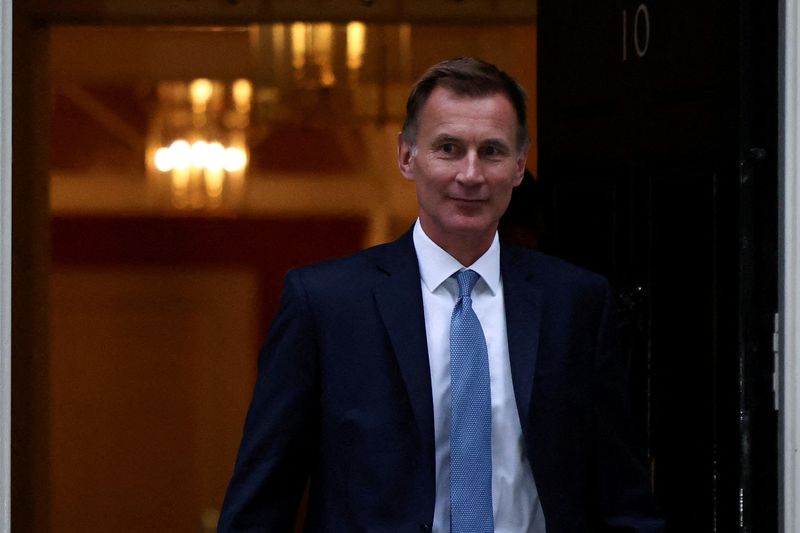 (Reuters) - British finance minister Jeremy Hunt is set to give local authorities the right to raise council tax by a maximum of 4.99% from 2.99% before having to put the increase to a local referendum, the Financial Times reported on Wednesday citing people familiar with the matter.

Hunt will make the announcement in the upcoming Autumn Statement on Thursday, the newspaper reported.