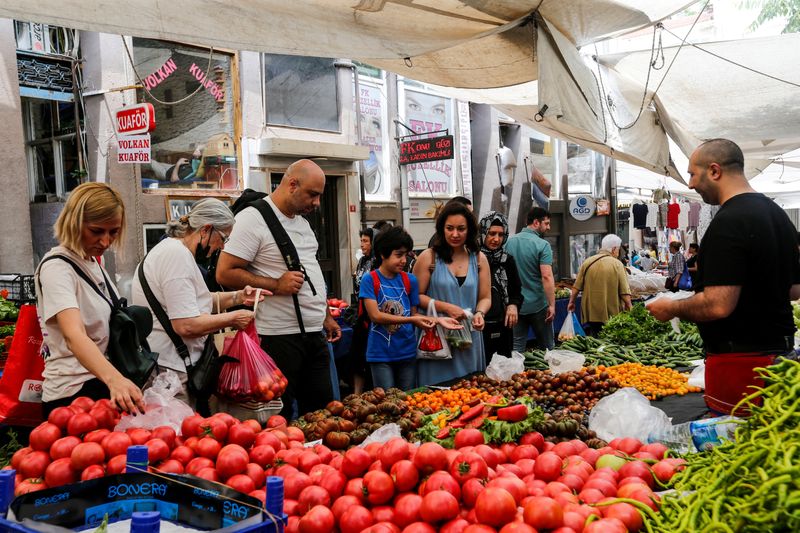 ISTANBUL (Reuters) - Turkey's Finance Minister Nureddin Nebati said on Saturday that the Turkish economy is liberal and will continue to grow in a sustainable way after the government introduced steps to support it.

Speaking to businesses in the southern city of Gaziantep, Nebati also said fight against rising inflation, which hit a 24-year-high of 73.5% last month, remained top priority.

The government launched a series of steps meant to harness its banks and bond markets to cool soaring inflation and stabilise a sliding currency, doubling down on President Tayyip Erdogan's aversion to raising interest rates.