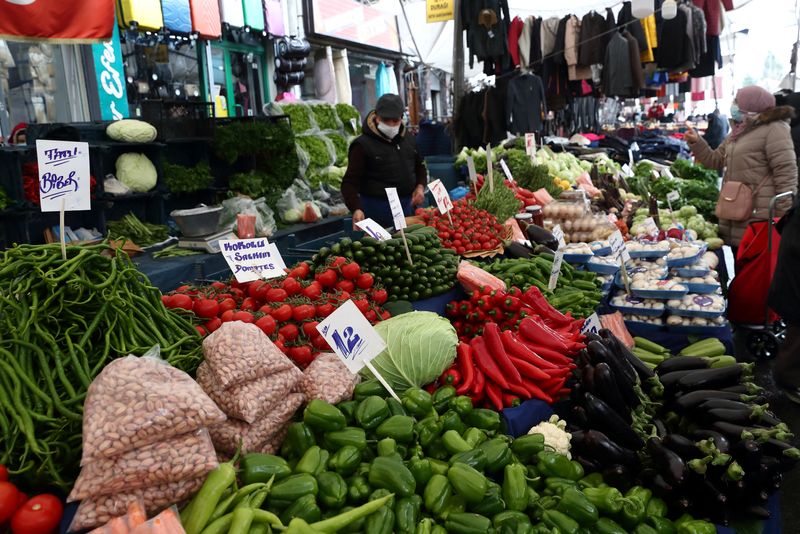 ISTANBUL (Reuters) - President Tayyip Erdogan said on Monday he was saddened by Turkey's 2021 annual inflation after it soared to 36.1%, adding his government was determined to lower it to single digits.

Speaking after a cabinet meeting, Erdogan also said the rise in inflation was due to an increase in global commodity prices and a decline of the lira, which lost nearly 44% of its value last year.