Turkey to forge on with selective loan policy despite backlash -sources 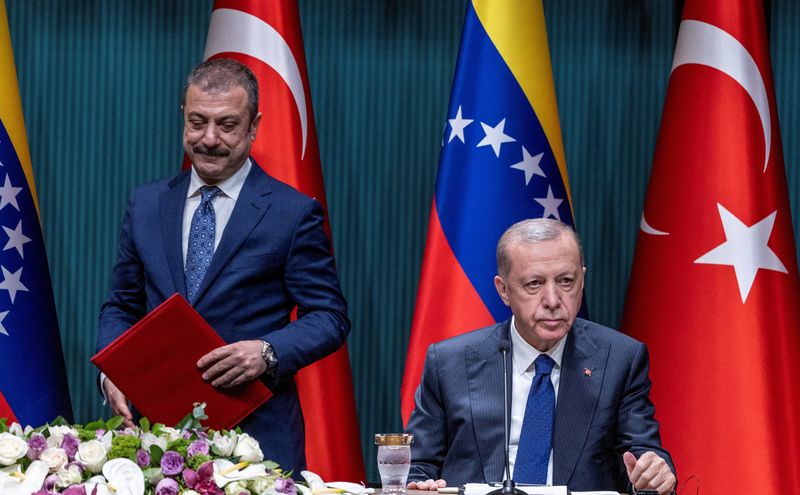 By Nevzat Devranoglu and Orhan Coskun

ANKARA (Reuters) - Turkey will stick to policies that allow only net exporters to access cheap lira loans and may toughen rules further despite a backlash from companies as it works to support its ailing currency, according to three people familiar with the plan.

The BDDK financial regulator, the central bank and other authorities acted in recent months to slow loan growth. However they excluded loans to net exporters that promise not to buy foreign currency until after the loans mature.

Some companies criticised the regulations and the Istanbul Chamber of Industry (ISO) said they created a "bottleneck" for firms trying to access financing.

But a source with knowledge of the matter said authorities may nonetheless take further steps to bolster the loan rules.

"The management of the economy has undertaken some tightening steps regarding loans and more will come," the person said.

The BDDK and the central bank declined to comment on any further possible steps.

The regulations already in place aim to deter companies using lira loans to buy foreign currencies, which puts pressure on the Turkish currency.

The lira lost 44% to the dollar last year, and dropped another 26% this year, due mainly to unorthodox interest rate cuts sought by President Tayyip Erdogan to boost exports and investments.

Since a historic currency crisis in December, the state has taken on a dominant role in the forex and bond markets. The new lending limits have also entrenched its role in credit markets.

"Some of the loans that were given in the past were used outside their purposes such as for forex purchases. Therefore loans are being given more carefully," the first source added.

Turkey has a new plan for the Credit Guarantee Fund (KGF), which will see more selective loans extended to support production and exports, the person added.

'EFFICIENT USE OF LOANS'

Governor Sahap Kavcioglu said on Thursday the central bank closely monitors loan growth and the allocation of funds for purposes of genuine economic activity. He will speak at ISO headquarters on the subject on Friday.

The central bank has kept its policy rate at 14% since December despite inflation having risen to nearly 80%.

The bank wants cheap loans, with rates below 14%, to be used only for investments, exports and production and it said on Thursday "efficient use of loans" does not put pressure on asset prices or the exchange rate.

A senior official with knowledge of the matter said there will be some limitations on long-term loans to companies.

"For example, some new conditions will be imposed on loans here. Some new criteria are being imposed on import substitution," the person said.

Economists say the slowdown in credit will pinch economic activity and overall economic growth in 2022. A Reuters poll showed they expect the economy to grow 3.3% this year with a significant slowdown in the second half.