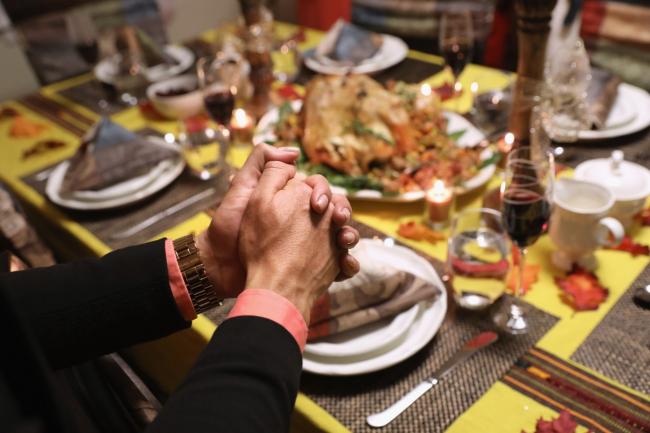 © Bloomberg. Plenty of people celebrate Thanksgiving with at least a handful of colleagues because friendships form at work that can be as strong as family and in some cases a proxy for it

(Bloomberg) -- Although inflation may be tapering in certain sectors, it’s still taking quite a bite out of the holiday meal.

Thanksgiving dinner will cost a whopping 20% more in the US this year, according to the Farm Bureau’s 37th Annual Survey. The report provides a snapshot of the average cost of the traditional feast for 10 and is based on 224 surveys of stores across the US and online.

The biggest bump is for stuffing mix, which is up 69% due to a flour shortage stemming from Russia’s invasion of Ukraine. By contrast, cranberry prices have dipped 14% as a result of overproduction.

A significant driver of price increases has been escalating input costs for farmers, American Farm Bureau Federation Chief Economist Roger Cryan said during a conference call with reporters on Wednesday. “Fuel costs have roughly doubled and fertilizer prices in many cases tripled.”

Although bird flu has played a role in turkey inflation, Cryan explained that production is down only 2% from a year ago, and that prices vary widely depending on when you buy them. Discounts are highest closer to the holiday, he said, adding that purchasing smaller birds -- which are in greater supply this year -- might be another way to save money.