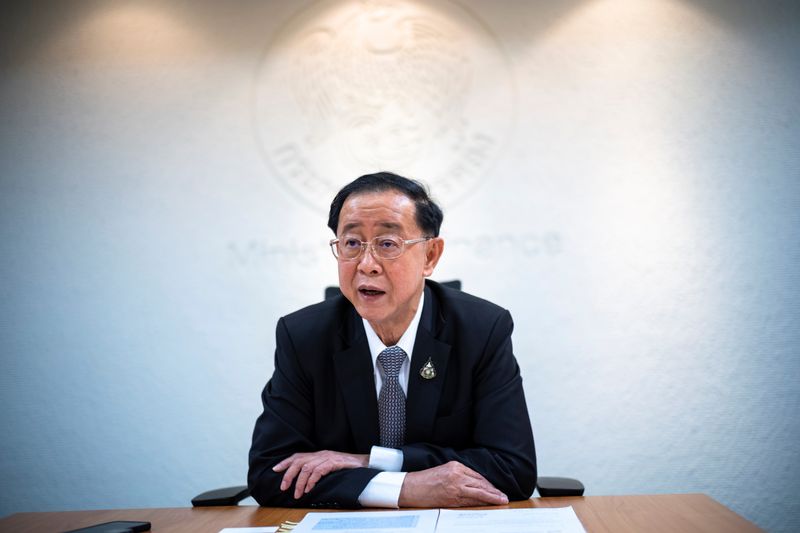 By Orathai Sriring and Kitiphong Thaichareon

BANGKOK (Reuters) -Thailand's economy is expected to grow by 3% to 3.5% this year and 3% to 4% next year, helped by increased exports and a pickup in the vital tourism sector after reopening the country to visitors, the finance minister said on Saturday.

Thailand's recovery has lagged others in the region due to a slow recovery in the tourism sector, which typically accounts for about 12% of gross domestic product.

"Our economic recovery is slow but stable," Arkhom said.

Exports should increase 10% this year, boosted by a weak baht, and continue to support the economy next year, alongside tourism and government investment, he said.

The government reported on Saturday the jobless rate dropped to 1.3% in July, its lowest since the start of the pandemic, from 1.4% in June.

Thailand's definition of unemployment is narrow, however, and analysts say the figures do not catch its significant unofficial economy.