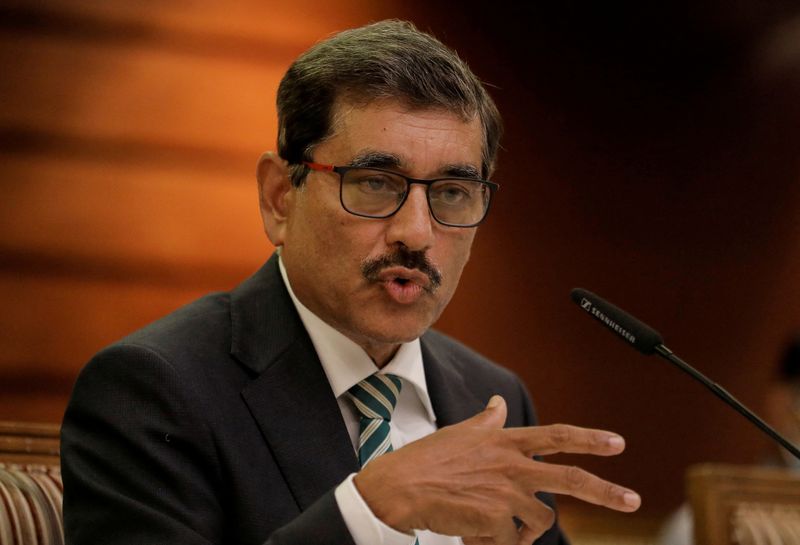 © Reuters. FILE PHOTO: Nandalal Weerasinghe, who was appointed Governor of the Central Bank of Sri Lanka this year amid the country's worst economic crisis in decades, speaks during a news conference in Colombo, Sri Lanka, April 8, 2022. REUTERS/Dinuka Liyanawatte

COLOMBO (Reuters) - Sri Lanka's inflation would likely be below 4%-5% by the end of next year if the current fiscal policies are maintained, central bank governor Nandalal Weerasinghe said in a statement to the parliament on Thursday.

Sri Lanka's inflation has trended downwards from the end of October, easing to 66% after hitting 69.8% in September.