'Sooner the better': Argentina says talks with IMF on track 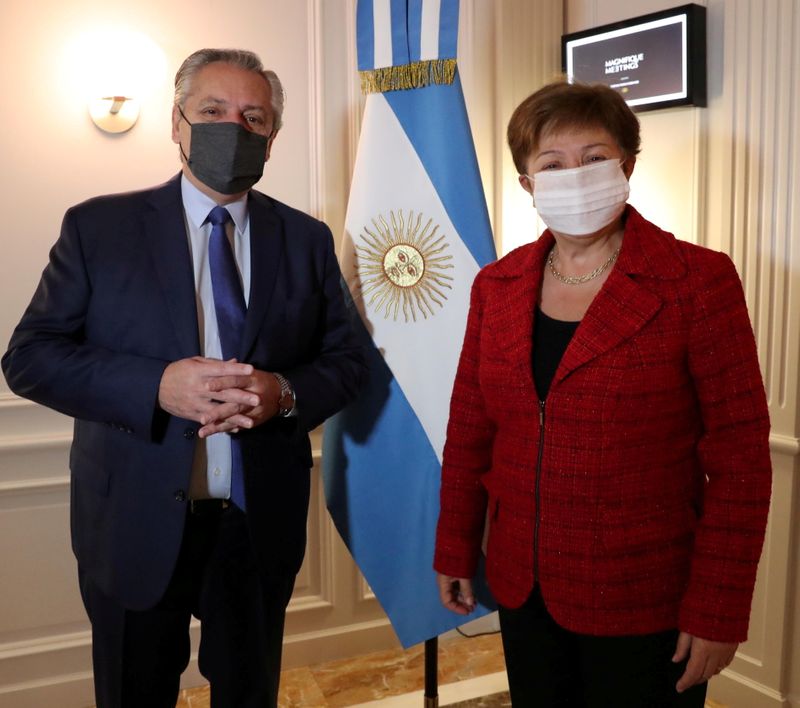 BUENOS AIRES (Reuters) - Talks between Argentina and the International Monetary Fund (IMF) are advancing, the Argentine representative to the development bank said on Saturday, a fresh sign of progress as the ailing South American grains producer continues negotiations to pay down its $45 billion debt to the Fund.

A spokesman for the fund on Friday called recent discussions "very productive" but had declined to provide a timeline for a potential agreement. On Saturday, Argentina seconded that view.

"We continue to advance in milestones and in areas of agreements. We are well on our way in constructing (the deal), step by step," Sergio Chodos, Argentina's representative to the IMF, told a local radio station, according to a statement from the Argentine government. "The sooner the better."

"The level of unsustainable debt that Argentina has is clear. Argentina has to access a new program with the IMF to pay what is owed," added Chodos.

The Argentine economy has been hounded by persistently high inflation for more than two year, a problem made worse by the still lingering coronavirus pandemic.