SNB's Maechler: Rates will be raised if inflation forecast above target 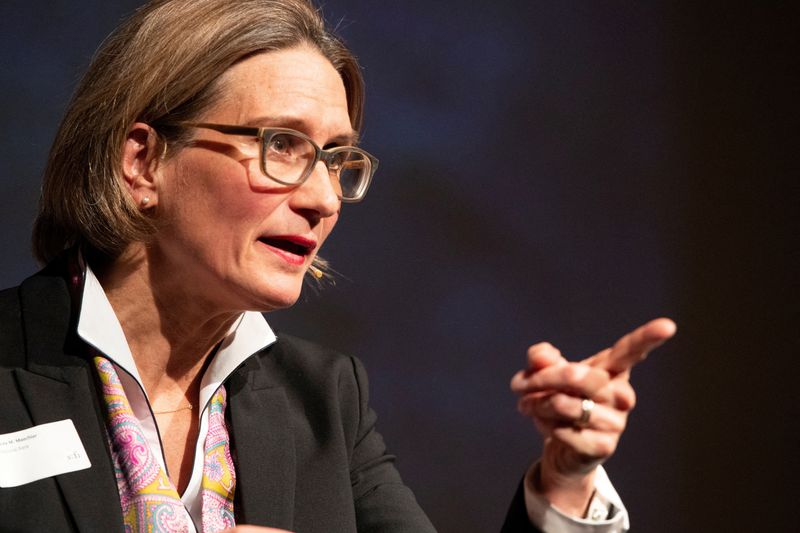 The SNB appears to be preparing for further interest rate hikes after already raising rates twice this year to 0.5%. Although Swiss inflation eased to 3.0% in October, from 3.3% in September, it remains high by Swiss standards.

"Our mandate is to bring down inflation and we will use the tools we have to do so," Maechler told a financial markets event in Geneva.

"If we see our inflation forecast above 2 percent, we will continue to raise rates," she said, adding that the SNB would review the situation at its next policy meeting, in December.

On Monday, SNB Chairman Thomas Jordan issued another rate rise warning, saying it was likely the central bank will need to act again as inflation is set to remain elevated.

"Inflation started with shocks but it's no longer just shock-driven," Maechler said. "We see inflation as having the risk of being more persistent."

"It's very important that we maintain the focus on implementing the policies to reach price stability in a consistent and sustainable way."

Turning to the Swiss franc's foreign exchange rate, she said an appreciation in the currency "has been actually helping us keep our inflation much lower than in some of our neighbouring countries."

"It is something we continue to monitor very closely."

The SNB stood ready to intervene in currency markets, if needed.

"We're willing - if the exchange rate were to rise too rapidly, too high - to use intervention to buy foreign exchange," she said.

"We're also willing, if the exchange rate were to become too weak, to sell exchange rate but we're not yet ready to reduce our balance sheet as a policy in itself. This is not the right time."