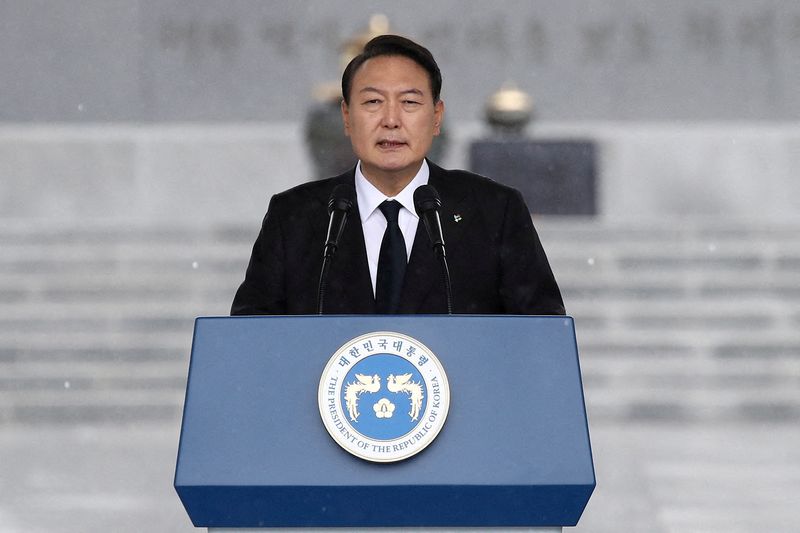 SEOUL (Reuters) - South Korea's financial supervisory and prosecution agencies said on Thursday they would strengthen monitoring and punishment of illegal stock short-selling following an order by the country's president.

The Financial Services Commission (FSC), the Supreme Prosecutor's Office, the Financial Supervisory Service and the Korea Exchange held a meeting after President Yoon Suk-yeol sought action on Wednesday, the FSC said in a statement.

"The participating agencies agreed at the meeting to strengthen monitoring and punishment of illegal short-selling practices and to complement the regulations," the FSC said.

In May last year South Korea lifted a 14-month ban on the short-selling of local stocks but maintained a host of restrictions, including bans on on naked short-selling and the selling of stocks outside the KOSPI200 and KOSDAQ150 indices.

The main exchange's KOSPI has fallen about 19% so far this year while the junior market's KOSDAQ has dropped 23%. This compares with a 9% fall in MSCI's broadest index of Asia-Pacific shares outside Japan.

The FSC said the relevant agencies would continue talks on the issue.