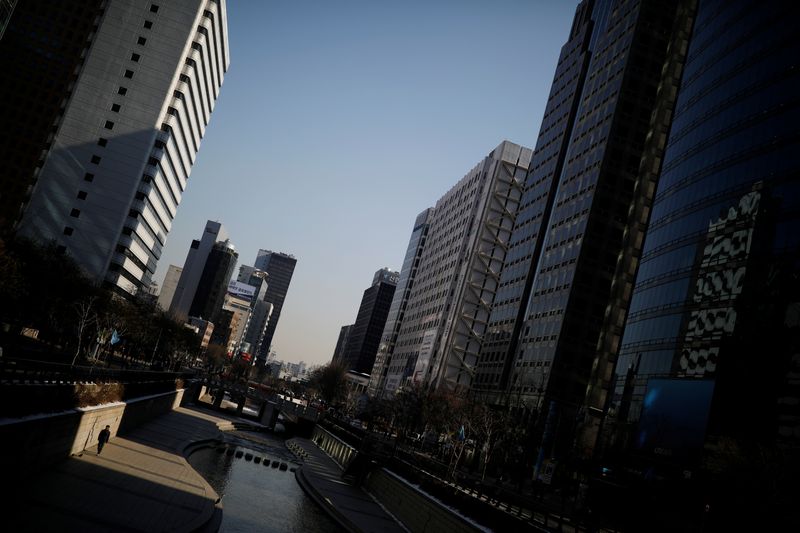 By Jihoon Lee and Choonsik Yoo

The Bank of Korea estimated on Tuesday gross domestic product for the April-June period rose 0.7% quarter-on-quarter, faster than the 0.6% growth in the first quarter and above a 0.4% rise tipped in a Reuters survey.

"The economy will inevitably slow due to prolonged inflation and cooling exports, but today's solid readings are a good boost for the central bank seeing inflation as the prime risk for now," said Chun Kyu-yeon, economist at Hana Financial Investment.

The BOK has raised the policy interest rate by a combined 1.75 percentage points to 2.25% from record-low 0.5% since August last year, with economists predicting rates to be at 2.75% by the end of this year. The bank holds its next policy meeting on Aug. 25.

Private consumption jumped 3.0%, the best in a year, after a 0.5% decline in the first quarter as the government in April removed almost all COVID-19 social-distancing restrictions.

The economy also received a boost from increased government spending after the parliament approved a 62 trillion won ($47.33 billion) supplementary budget weeks after President Yoon Suk-yeol took office in early May.

However, exports and corporate spending on production facilities slumped amid a slowing Chinese economy and the fallout from a war in Ukraine as well as a global wave of monetary policy tightening to fight inflation.

Exports shrank 3.1% in the April-June period from the preceding quarter, the largest decline in two years. Capital investment dropped for a fourth consecutive quarter by 1.0% following a 3.9% contraction in the January-March period.