Schneider Electric's Clayton on the power of mentoring 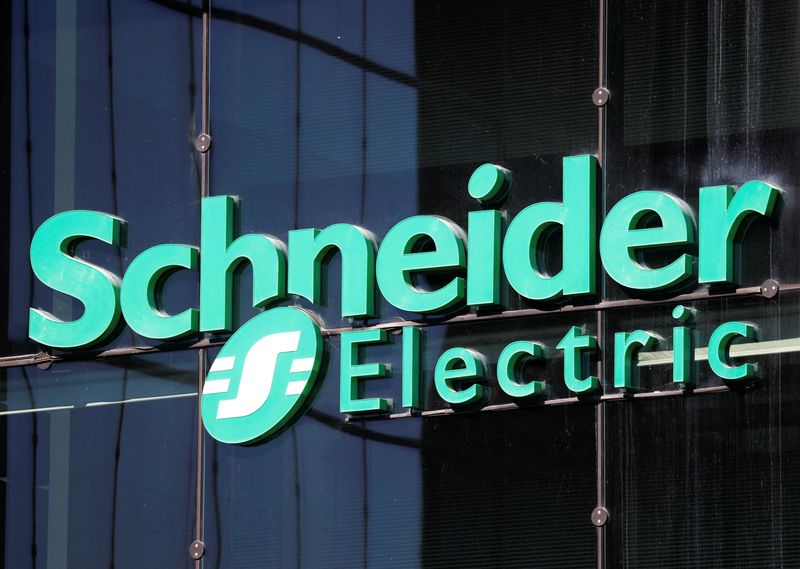 © Reuters. FILE PHOTO: The logo of Scheider Electrics is pictured at the company's headquarters in Rueil-Malmaison near Paris, France, April 22, 2020. REUTERS/Charles Platiau

NEW YORK (Reuters) - Annette Clayton is well aware of how few women there are in the energy industry. She is using her power as one of the most senior females in the field to change it.

“I'm a huge believer in mentoring,” says Clayton, who is CEO and president of the North America Operations of Schneider Electric (PA:SCHN), which is headquartered in Rueil-Malmaison, France.

Clayton, whose operations are based in Andover, Massachusetts, oversees 30,000 employees. She notes that mentoring has been key to the success of “non-obvious candidates” in her field.

“You find yourself mentoring people that need the skills that you have,” Clayton said. “And it’s really democratized the process of open roles and promotions.”

Clayton spoke to Reuters about the power of mentoring. Edited excerpts are below.

Q. Tell us about your first job. How did it shape you?

A. I grew up on a small farm. My family all worked on that farm with livestock, gardening and crops.

But my first job was actually outside our farm. I worked on a neighbor’s farm, and I planted and then subsequently picked strawberries.

I learned the value of hard work, picking strawberries for 25 cents a quart. I learned to be early in order to be on time.

Q. You are a leader in an industry that does not have very many women in it. You are an engineer and have been one of the few female CEOs in the energy industry. Can you talk about that experience?

A. I’m in the third chapter of my career. I started in the automotive industry, then technology with Dell (where she was vice president in charge of Dell Americas Operations), then energy management.

All technical companies are full of engineers and all do not have that many women. But there are some amazing women leaders--Patty (Patricia) Poppe at PG&E (NYSE:PCG), Mary Barra at GM.

We are still the exceptions, but when I think about Patty Poppe and Mary and myself, we were all colleagues at General Motors (NYSE:GM) during an era where there were active programs within the company to identify women and help them. We really benefited from that early in our careers: we had mentoring, we had opportunities, and we had a leadership team that was really developing us.

We're doing the same at Schneider: creating an inclusive workplace where everyone has a chance to succeed.

Q. How did the pandemic change things for women in the workforce?

A. The pandemic has caused a large number of women to leave the workforce and to make choices about educating their children or taking care of family.

The more ways we can create new ways of working that allow our women and our men to have more flexibility at work, this is what will keep them engaged in the workforce.

Flexibility and agility will make us more productive. We’ve created part-time options and other forms of employment, like job-sharing or sabbaticals of varying lengths of time, when we thought we were going to lose women.

Q. What defines your leadership style?

A. I believe in the power of high-performing teams, and I spend a significant amount of time on alignment - really aligning the team to the operational and transformational goals.

I like to share leadership with my team. I operate more like a neural network. It's highly aligned and loosely coupled. The reason I like to describe it that way is that this provides the focus but also autonomy and empowerment at the same time.

I also believe my leadership style is being hard on the problems and easy on the people. It’s a particular way of leading through challenging times while still driving operational excellence.

Many times the result of that is not only good performance, but it’s also great talent.

Q. What is the best work advice you have received?

A. It came from an African-American woman early in my career - she said, “Annette, when you get a piece of feedback, you have to assume that you need it. Don’t assume you're getting it because you're a woman or because you're young. And don’t lose the opportunity to onboard it. Don’t carry bias into it.”