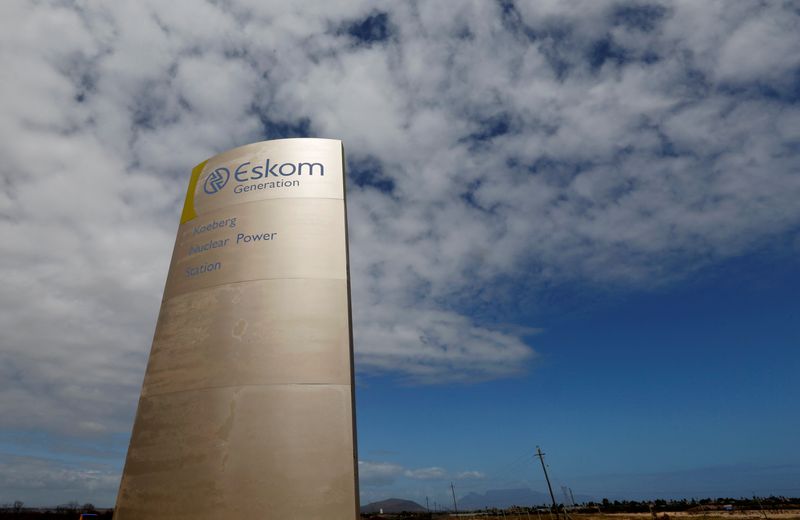 (Reuters) - South Africa's struggling state power utility Eskom warned on Tuesday that planned maintenance could cause power outages lasting up to a year.

The utility relies on a fleet of ageing, unreliable coal-fired power stations that are often in need of repairs, causing crippling power cuts in Africa's most industrialised economy.

South Africa has already experienced its worst power cuts in years over the past six months, despite President Cyril Ramaphosa pledging new moves to tackle the crisis.

Eskom, which has implemented intermittent power cuts for more than a decade, will start on several maintenance projects in the next few weeks that will take additional units offline, removing more than 2,300 megawatts (MW) of generating capacity from the system, it said.

One of the units, Koeburg 1, is part of Africa's only nuclear power station and the most reliable of Eskom's power generation plants, Eskom said. It will be offline from Dec. 8 until June 2023 for routine maintenance and refuelling.

"This loss of capacity, temporary as it is, will make for a very challenging summer season," Eskom's Chief Operating Officer Jan Oberholzer said in a statement.

"We will have to continue limping along to meet demand for electricity, particularly over the next six to 12 months."

There have been 155 days of power cuts, or load shedding, since January, Eskom said.

Large and small businesses and residential homes have borne the brunt of the power cuts, cited by policymakers as one of the major obstacles to economic growth.