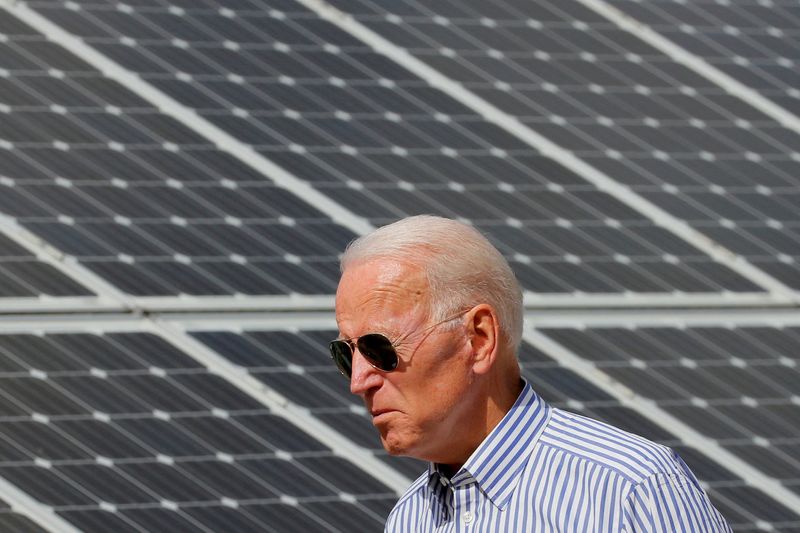 (Reuters) -South Korean solar energy company Qcells on Wednesday said it would invest $2.5 billion to expand its manufacturing capacity in the United States, creating as many as 2,500 jobs in Georgia.

The announcement by the solar division of conglomerate Hanwha Corp is one of the biggest corporate manufacturing commitments since the passage of U.S. President Joe Biden's Inflation Reduction Act (IRA), which includes over $300 billion in subsidies to tackle climate change.

Some of those incentives are aimed at boosting domestic manufacturing of clean energy products that are currently made primarily in China, such as solar cells and panels.

However, some U.S. companies are concerned that it will be difficult to find enough labor to support their expansion plans, and are offering higher wages, benefits, and free training programs.

Qcells in a statement said it would expand its existing solar panel factory in Dalton, Georgia, and open a second facility in Cartersville. Production will begin there in 2024.

The new factory will make solar panel components including silicon ingots, wafers and cells, as well as the modules themselves. Currently, most solar panels assembled in the United States use components made in Asia.

Qcells said it will also expand its existing solar panel assembly operations in Dalton by 2 gigawatts a year to 5.1 GW as soon as this year.

The White House touted the announcement as evidence the IRA legislation was working.

"I think it's fair to say that this deal is President Biden's vision come to life," John Podesta, a top White House climate adviser, said on a call with reporters. "A major global business chose America as the place to invest in to help build our clean energy future and create thousands of good paying middle class jobs in the process."

Hanwha last year took a stake in Norway's REC Silicon, which plans to restart production of polysilicon, a key raw material in solar panels, at its Moses Lake, Washington, plant later this year.