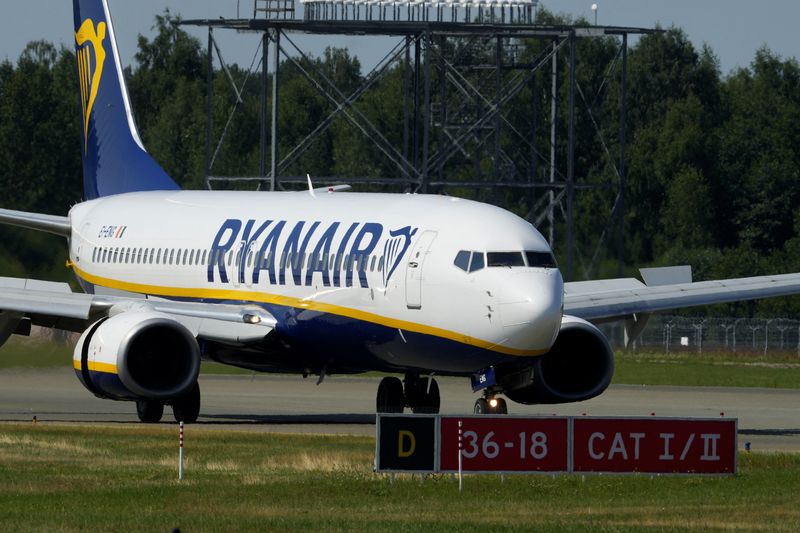 DUBLIN (Reuters) -Ryanair said it will cancel 420 Friday flights, impacting 80,000 passengers, due to an air traffic control strike in France that will limit overflights and more than halve Air France's scheduled short and medium-haul services.

France's DGAC aviation authority earlier this week asked airlines to halve their flight schedules on Friday due to the planned strike.

Ryanair, Europe's largest airline by passengers carried, said it will mainly be impacted by the limitation on overflying France. It flies up to 3,000 flights a day across Europe during its peak season.

"It is time that the EU step in and protect overflights so that European passengers are not repeatedly held to ransom by a tiny French ATC union," Ryanair Operations Director Neal McMahon said in a statement.

Other air traffic control centres should be allowed manage overflights of France during strikes, the statement said.

Air France has said it will operate only 45% of its short and medium-haul flights on Friday.

France's SNCTA air control union has cited inflation and its demand to hire more people as the reasons for the walkout.