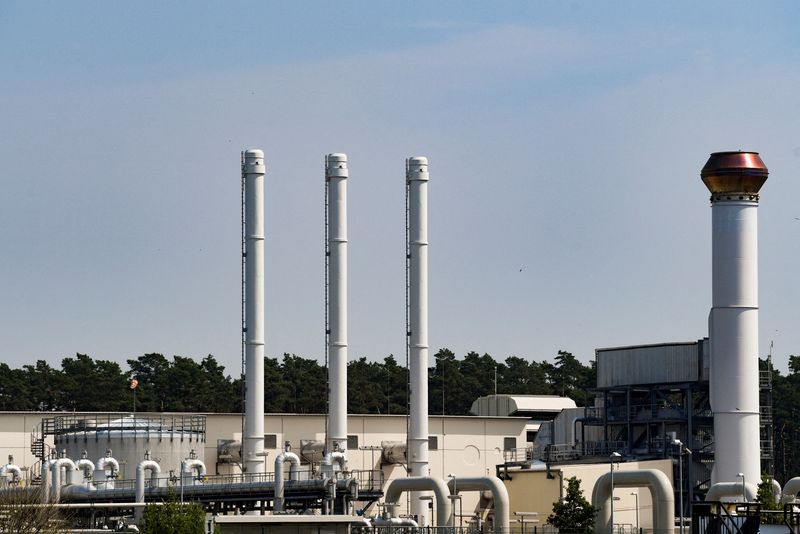 State-controlled Gazprom said it had received papers from Siemens Energy and Canada about a turbine for Nord Stream 1 that is on a slow journey back from Montreal to Russia.

But it added that there were still problems regarding Russia's biggest gas pipeline to Europe.

"Gazprom has studied...the documents, but has to acknowledge that they do not remove the previously identified risks and raise additional questions," it said in a statement.

"Additionally, there are still open questions from Gazprom regarding the EU and UK sanctions, the resolution of which is important for the delivery of the engine to Russia and the urgent overhaul of other gas turbine engines for the Portovaya compressor station."

Politicians in Europe have repeatedly warned that Russia could cut off gas flows this winter, a step that would thrust Germany into recession and lead to soaring prices for consumers already grappling with higher prices for food and energy.

The Kremlin has denied that it is seeking to use Russia's vast energy resources to blackmail the European Union, which together with the United States and other Western nations has imposed waves of sanctions on Moscow since it sent troops into Ukraine on Feb. 24.

Gazprom resumed gas flows via Nord Stream 1 last week after a 10-day maintenance break, but only at 40% of the pipeline's capacity - a level Russia has said it was forced to lower volumes to in June because of the delayed return of the turbine.

European politicians have challenged that explanation, with Germany saying the turbine in question was not meant to be used until September.

The Kremlin said the repaired turbine will be installed once it is returned, and natural gas will then be supplied in "corresponding volumes".

But he sounded a relatively upbeat note after weeks of uncertainty over the turbine, coupled with Nord Stream 1's scheduled maintenance, had sown doubt in Europe over whether Russia might shut the pipeline altogether.

"The turbine will be installed after all the formalities are complete...And the gas will be pumped in the corresponding volumes, the volumes which are technologically possible," Peskov told reporters.

He was commenting on a report by Kommersant newspaper that Siemens Energy, which had serviced the turbine in Canada, had handed over Canadian documentation to Gazprom which would allow its return.

He also said that Moscow was not interested in a complete stoppage of Russian gas supplies to Europe, which is rushing to fill its underground storage before the winter season.

Peskov said Gazprom was not to blame for the storage risks, reiterating Moscow's line that Europeans are suffering the consequences of sanctions that they themselves imposed against Russia.