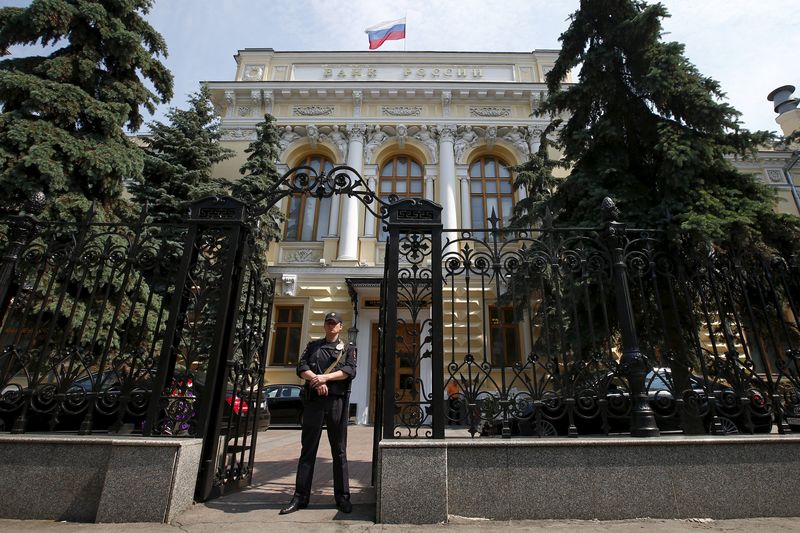 Investing.com -- The Russian central bank has slashed its key interest rate for the second time in just over two weeks, lowering it by 150 basis points to 9.5% from 11%.

The decision also marks the fourth cut since the CBR unveiled an emergency rate hike to 20% following Russia's invasion of Ukraine and the start of Western sanctions.

The CBR said Friday's move was spurred on by a faster-than-expected slowing in price growth, with annual inflation of 17% as of June 3 "appreciably below" its April forecast of 17.8%.

The CBR added that a decline in growth in April was smaller than predicted, but warned that the Russian economy still faces potential headwinds.

"The external environment [...] remains challenging and significantly constrains economic activity. The contraction in imports due to the introduction of external trade and financial restrictions is considerably outstripping the decline in exports," the CBR said in a statement.