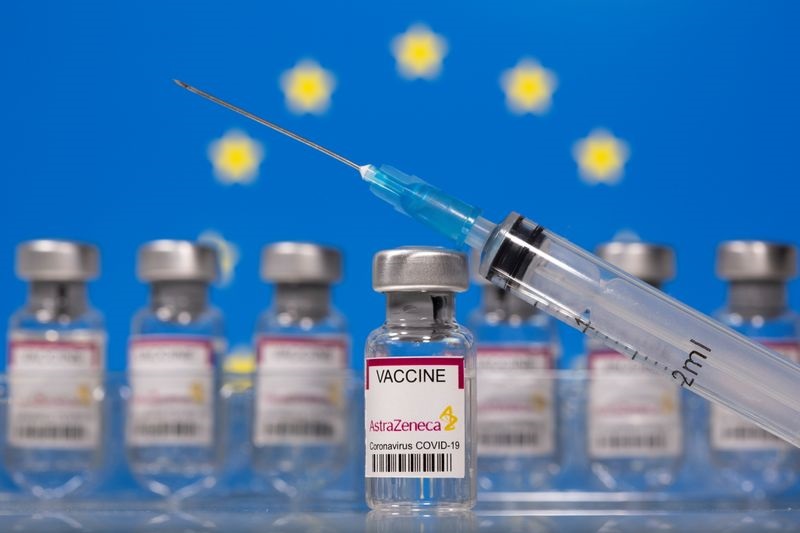 Investing.com -- Omicron cases continue to soar in both Europe and the Americas, but stock markets remain buoyant. Elon Musk has exercised all of his Tesla (NASDAQ:TSLA) options, potentially reducing the selling pressure on the stock, while U.S. crude inventories fall again. Bitcoin remains highly centralized. Here's what you need to know in financial markets on Wednesday, 29th December.

Risk sentiment may be on the rise as the year draws to a close, but so are Covid cases. This means trading could be volatile as investors return in force next year.

The World Health Organization’s weekly update, published on Tuesday, showed that the number of new Covid infections grew by 57% in Europe in the week before Dec. 26, and by 30% in the Americas region.

France led the way, reporting Europe’s highest ever daily number with 179,807 cases on Tuesday, but Italy, Greece, Portugal and England all reported record highs as well.

While there are some mobility restrictions in place in Europe, many national governments have been reluctant to implement wholesale lockdowns again, clinging to studies that suggest the dominant Omicron strain of the Covid-19 virus is less harmful than the previous Delta variety.

It’s debatable how long this stance can last if cases continue to soar, especially with the World Health Organization warning that the surge in cases will push health systems towards the brink of collapse.

U.S. stocks are set to open marginally higher Wednesday, continuing the recent rally amid optimism that the Omicron variant will not be as economically damaging as first feared.

The number of Covid cases are on the rise in the U.S., with more than 4.1 million Covid cases this month, according to data from Johns Hopkins University, well above November’s tally of 2.54 million.

However, the Biden administration has made it clear that a national lockdown is not on the cards while the Centers for Disease Control and Prevention recently shortened its isolation recommendation for people who test positive if they don’t have symptoms.

The recent selling in Bitcoin continued Wednesday, with the world's biggest and best-known cryptocurrency dropping over 3% to $47,668. This follows on from a fall of over 6% on Tuesday, meaning the digital currency is down 31% from the year's high of $69,000 on Nov. 10.

The cryptocurrency market has come into the mainstream of investor thinking this year, with Bitcoin hitting $1 trillion in market value for the first time in February.

That said, a new study finds that after more than 12 years in existence holdings of Bitcoin are still concentrated in too few individuals. According to a study by the National Bureau of Economic Research, the top 1% Bitcoin holders own 27% of the 19 million Bitcoin currently in circulation.

“This inherent concentration makes Bitcoin susceptible to systemic risk,” researchers Igor Makarov and Antoinette Schoar wrote, “and also implies that the majority of the gains from further adoption are likely to fall disproportionately to a small set of participants.”

Read also: 5 Cryptocurrencies Beyond Bitcoin To Keep On Your Radar In 2022

Investors in Tesla, the American electric vehicle manufacturer, will be pleased to hear that CEO Elon Musk has exercised all of his options expiring next year, potentially signaling an end to his stock sales.

Tesla shares lost about a quarter of their value after Musk in November asked his followers on Twitter if he should sell 10% of his holding, primarily to pay a tax bill.

Musk said last week that he would reach his 10% target "when the 10b preprogrammed sales complete," something that the company said was done on Tuesday.

Official data from the U.S. Energy Information Administration are due later Wednesday, and if the draw is confirmed it would be a fifth consecutive weekly decline, the longest run since September.

The global recovery from the Covid pandemic, the rise of the Omicron variant notwithstanding, coupled with the cautious approach of the Organization of Petroleum Exporting Countries in restoring supply is pushing crude towards its biggest annual gain in more than a decade.

OPEC and its allies including Russia, a group known as OPEC+, is due to meet next week to assess production policy heading into 2022.