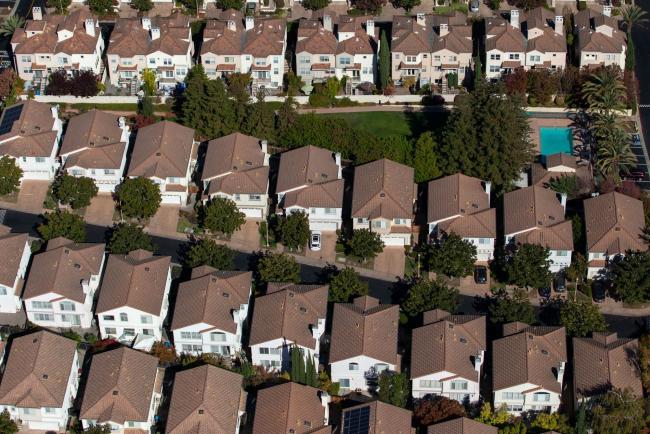 © Bloomberg. Houses stand in this aerial photograph taken near Cupertino, California, U.S., on Wednesday, Oct. 23, 2019. Facebook Inc. is following other tech titans like Microsoft Corp. and Google, pledging to use its deep pockets to ease the affordable housing shortage in West Coast cities. The social media giant said that it would commit $1 billion over the next decade to address the crisis in the San Francisco Bay Area.

(Bloomberg) -- Just a third of Americans say now is a good time to buy a house, the worst share in a Gallup Inc. survey’s history back to 1978.

The poll was conducted from April 1-19, when the median sale price of U.S. homes reached a record $428,000 and mortgage rates climbed to a decade high, Gallup said Wednesday. It’s the first time the study has showed Americans collectively say now is a bad time to buy.

Home prices have been rising rapidly due to lean inventory and high costs for materials and labor. While builders are making some progress in breaking ground on new construction, it hasn’t been enough to keep up with demand.

Other surveys have also been showing similar pessimistic attitudes, including one from Fannie Mae in February and another by the New York Federal Reserve last month. The University of Michigan consumer sentiment survey has also shown in recent months that fewer Americans favor buying a home in present conditions.

All major subgroups polled by Gallup are significantly less positive about the housing market now, but the declines were particularly acute among upper-income households as well as those who live in suburbs and the Midwest.

Even so, a new high of 45% of Americans say real estate is the best long-term investment. Some 70% of Americans expect average local housing prices to go up over the next year, Gallup found.