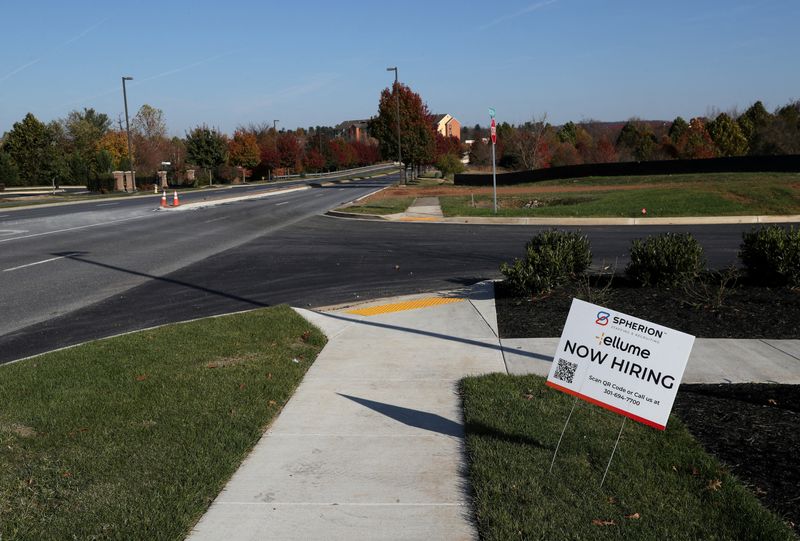 WASHINGTON (Reuters) - The number of Americans voluntarily quitting their jobs surged to a record 4.5 million in November, a show of confidence in the labor market and an indication that higher wages could prevail for a while.

The 370,000 increase in quits reported in the Labor Department's monthly Job Openings and Labor Turnover Survey, or JOLTS report, on Tuesday was led by the accommodation and food services industry.

There were also big increases in the health care and social assistance fields as well as the transportation, warehousing and utilities sectors. All four U.S. regions reported a rise in the number of people quitting their jobs.

Job openings, a measure of labor demand, dropped by 529,000 to a still-high 10.6 million on the last day of November. Economists polled by Reuters had forecast 11.075 million vacancies. There were large declines in job openings in the accommodation and food services, construction and nondurable goods manufacturing industries.

Hiring was little changed at 6.7 million.