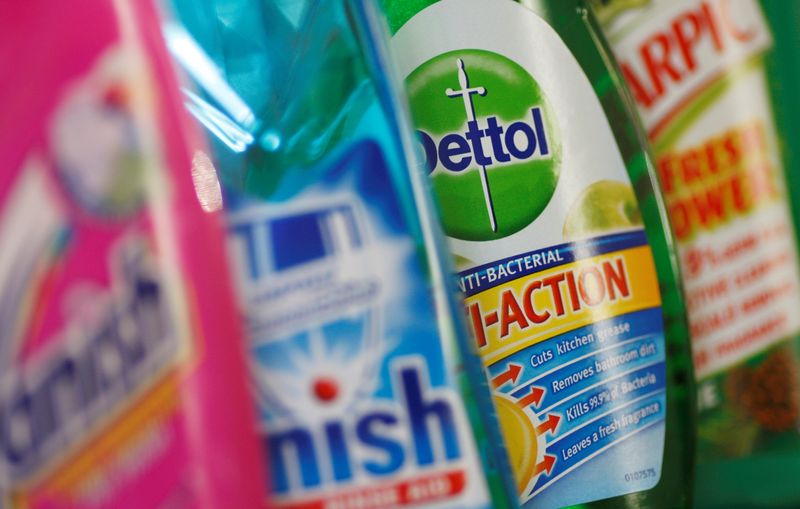 Consumer goods makers from Procter & Gamble (NYSE:PG) to Nestle have for months sought to raise prices in the face of higher supply chain and commodity expenses, with Russia's invasion of Ukraine having also driven energy prices to record highs.

Reckitt said cost inflation has increased to percentages in the "high teens". The company had said in February that full-year costs had risen by about 11% and it expected expenses to be higher in 2022.

"The input environment remains highly volatile and unpredictable," Reckitt said. "It has become more adverse since our last market update in February due to the ongoing war in Ukraine."

Reckitt raised prices by 5.3% during the quarter and said it now expects full-year like-for-like net revenue growth towards the upper end of its forecast of 1-4%.

The maker of Lysol cleaning products and Durex condoms said quarterly like-for-like sales rose 5.6%, ahead of the 1.5% growth analysts had expected in a company-supplied poll.