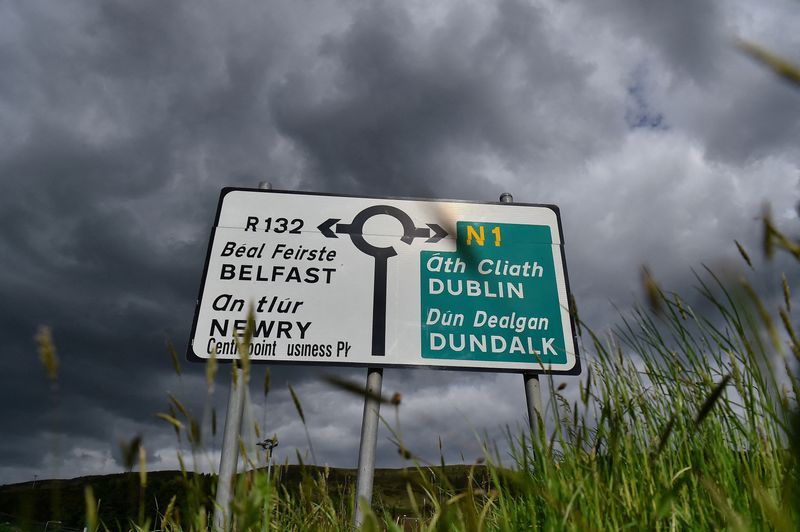 © Reuters. FILE PHOTO: A road sign at a roundabout on the border between Northern Ireland and Ireland with directions to Belfast and Dublin is seen in Carrickcarnan, Ireland, May 19, 2022. REUTERS/Clodagh Kilcoyne/File Photo

WASHINGTON (Reuters) - The White House on Monday urged Britain and the European Union to return to talks to resolve differences over implementation of the Northern Ireland Protocol, but said it does not expect the issue to impede a U.S.-UK trade dialogue next week.

Asked if Britain's plans to override some of the post-Brexit trade rules for Northern Ireland could become an impediment for June 22 U.S.-UK trade discussions planned in Boston or a future U.S.-UK trade deal, Jean-Pierre said, "No, I don't believe it will be."