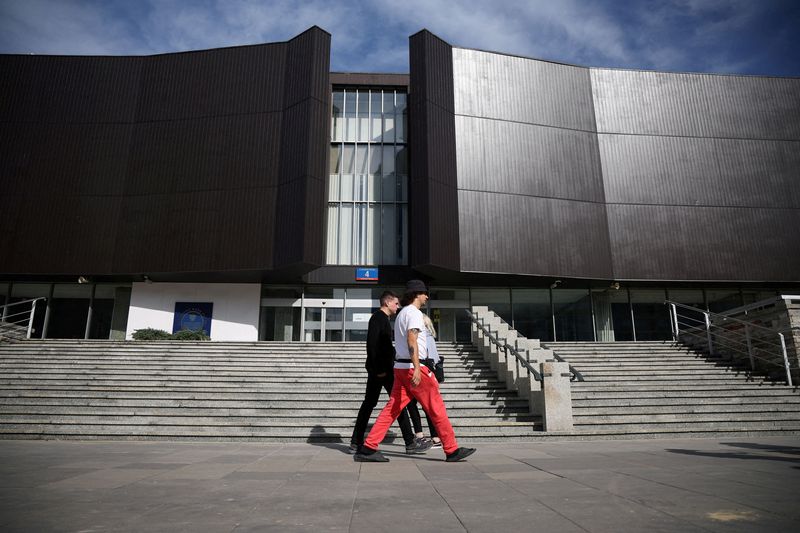 WARSAW (Reuters) - Inflation in Poland will not return to the National Bank of Poland's (NBP) target range until the third quarter of 2025, its latest projections showed on Monday.

The NBP left its main interest rate on hold this month, with Governor Adam Glapinski saying the bank wanted to return price growth to the 1.5-3.5% target range gradually to avoid suffocating the economy.

Glapinski has repeatedly pointed to factors out of the bank's control - such as the war in Ukraine, rising commodities prices and the economic rebound after the COVID-19 pandemic - as responsible for inflation.

The bank said that the withdrawal in 2023 of anti-inflation measures such as cuts to VAT on fuel and gas would add 1.9 percentage points to inflation.

Prime Minister Mateusz Morawiecki this month said that the measures cutting VAT on gas and fuel would be replaced in 2023 by a new system that would require energy companies to shoulder the burder of keeping household bills down.

According to the NBP's latest gross domestic product (GDP) projections, the Polish economy will shrink in the first quarter of 2023 but will avoid the two consecutive quarters of contraction viewed by many economists as a recession.

"The downward revision of domestic economic growth in 2023 is a consequence of the stronger negative impact of the Russian military aggression against Ukraine on economic developments in Poland and abroad," the report said.