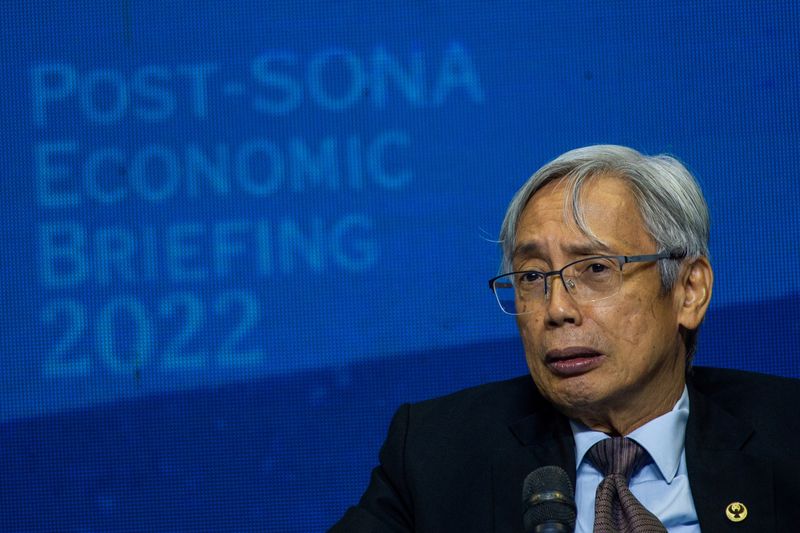 MANILA (Reuters) - The Philippine central bank will continue supporting the economy's recovery despite a planned 25 or 50 basis point rate hike this month, its governor said on Tuesday.

Policymakers will meet on August 18 to adjust its reverse repurchase facility rate that is currently at 3.25%.